Even 'Dumb AI' Can Help Humans

Instead of looking at artificial intelligence as a substitute for humans, the conversation should be about how AI can complement us. 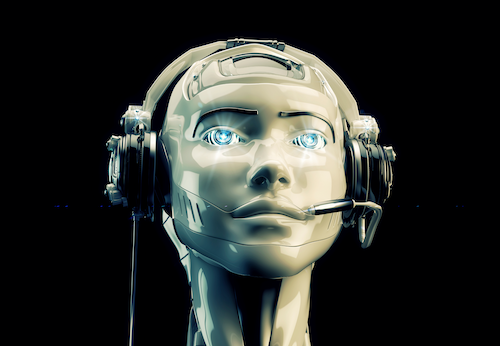 Artificial intelligence doesn't have to be super-sophisticated to make a difference in people's lives, according to a new Yale University study. Even "dumb AI" can help human groups.

In a series of experiments using teams of human players and robotic AI players, the inclusion of "bots" boosted the performance of human groups and the individual players, researchers found. The study appears in the May 18 edition of the journal Nature.

"Much of the current conversation about artificial intelligence has to do with whether AI is a substitute for human beings. We believe the conversation should be about AI as a complement to human beings," said Nicholas Christakis, co-director of the Yale Institute for Network Science (YINS) and senior author of the study. Christakis is a professor of sociology, ecology & evolutionary biology, biomedical engineering, and medicine at Yale.

The study adds to a growing body of Yale research into the complex dynamics of human social networks and how those networks influence everything from economic inequality to group violence.

In this case, Christakis and first author Hirokazu Shirado conducted an experiment involving an online game that required groups of people to coordinate their actions for a collective goal. The human players also interacted with anonymous bots that were programmed with three levels of behavioral randomness -- meaning the AI bots sometimes deliberately made mistakes.

In addition, sometimes the bots were placed in different parts of the social network. More than 4,000 people participated in the experiment, which used a Yale-developed software called breadboard.

"We mixed people and machines into one system, interacting on a level playing field," Shirado explained. "We wanted to ask, 'Can you program the bots in simple ways?' and does that help human performance?"

The answer to both questions is yes, the researchers said.

Not only did the inclusion of bots aid the overall performance of human players, it proved particularly beneficial when tasks became more difficult, the study found. The bots accelerated the median time for groups to solve problems by 55.6 percent.

Furthermore, the researchers said, the experiment showed a cascade effect of improved performance by humans in the study. People whose performance improved when working with the bots subsequently influenced other human players to raise their game.

The findings are likely to have implications for a variety of situations in which people interact with AI technology, according to Christakis and Shirado.

For instance, there may be an extended period in which human drivers share roadways with autonomous cars. Likewise, military scenarios may include more operations in which human soldiers work in tandem with AI. There also are myriad possibilities for online situations pairing humans with AI tech.

"There are many ways in which the future is going to be like this," Christakis said. "The bots can help humans to help themselves."

The Struggle of Quarantine Without Internet

The loans are available to small businesses ranging from sole proprietors and freelancers to companies with up to 500 employees.
Joyce M. Rosenberg
Apr 1st, 2020

Employees want idle factory space to be deployed in the fight against COVID-19.
Mar 31st, 2020

The problem isn’t a lack of money, experts say. It’s that there’s not enough of those supplies available to buy.
Juliet Linderman
Martha Mendoza
Mar 30th, 2020

While you'll have to wait for whatever money you might be eligible for, now is the time to prep your finances and plan.
Sean Pyles
Mar 30th, 2020

PG&E also says its hands are tied by a clause included in the settlement with wildfire victims that won bankruptcy court approval three months ago.
Michael Liedtke
Mar 30th, 2020