Five Post-Election Topics On The Mind Of Domestic Manufacturers

Here are the five key policy discussions that could have significant implications for domestic manufacturing over the next four years. 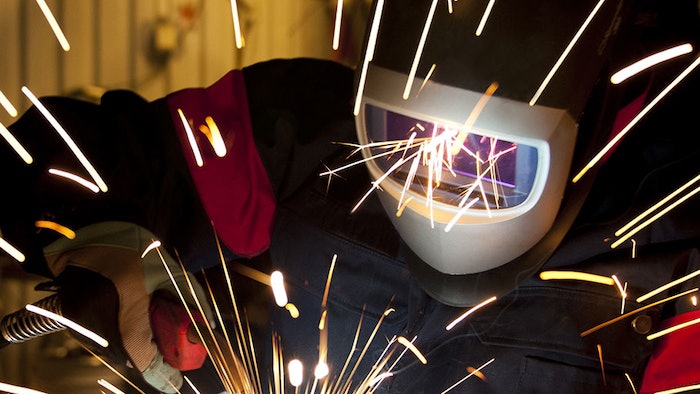 The results of the 2016 election will have significant impact on the direction of tax reform over the next four years. President-elect Trump has stated that one of his top priorities is comprehensive tax reform to significantly lower individual and business tax rates. Under his proposed plan, the top individual tax rate would be lowered from 39.6 percent to 33 percent, and the U.S. corporate tax rate would be lowered from 35 percent to 15 percent. Owners of partnerships, S corporations, and other “pass-through” business entities could elect to be taxed on their pass-through business income at a flat rate of 15 percent, rather than under the regular individual tax rates. U.S.-based manufacturers also would be allowed to elect full expensing of plant and equipment (with no deduction for interest expense). President-elect Trump also has proposed a 10 percent “deemed” repatriation tax on the foreign earnings of U.S.-based companies.

President-elect Trump’s call for action on comprehensive tax reform is expected to receive strong support from Republicans in Congress, but the divisive nature of the 2016 elections could mean there will be no “honeymoon” period for the new president. House Republicans have been drafting statutory language to advance the tax reform “blueprint” that they released earlier this year, which differs in some important respects from Trump’s tax proposals. House Speaker Paul Ryan (R-WI) has said a Republican-controlled Congress could advance tax reform in 2017 by using “budget reconciliation” procedures that allow legislation to be approved in the Senate with a simple 51-vote majority, instead of the 60 votes generally needed to advance legislation.

President-elect Trump has made it clear that there will be significant infrastructure investments that will undoubtedly bring benefits to the manufacturing industry in the engineering and construction sector, especially now that Trump has announced his plan to spend $1 trillion over the next decade to upgrade the nation’s roads, bridges and waterways. Lawmakers on both sides of the aisle are now hopeful they could reach agreement on at least one bipartisan matter. His plan vows to reduce bureaucracy and government red tape and to rely principally on public-private partnerships and private financing supported by the use of federal tax credits for private financiers. We should also see upstream benefits in the supply chain as infrastructure spending generally results in a significant increase in economic activity from the materials, goods and services consumed in these projects.

Trade was one of the cornerstones of Trump’s campaign, promising a radical trade agenda, and vowing to withdraw from the Trans-Pacific Partnership trade deal and renegotiate with the North American Free Trade Association. This has led many of America’s top manufacturers to urge President-elect Trump to scale back on his trade initiative and pursue a more nuanced approach to trade with China and Mexico. In an open letter to Mr. Trump, chief executives from more than 1,100 U.S. companies warned of “an urgent need to restore faith in our vital economic and government institutions.” Many of these business leaders have expressed concerns about economic uncertainty and trade threats.

Some industries, however, may feel that a change in the U.S. position around trade will benefit them. The steel industry, for instance, has been hit hard with anti-dumping and “unfair trade” cases for many years. A new stance on trade tariffs could significantly benefit domestic steel producers. The question regarding the ramifications of these changes, and how they will not only impact imports and exports, but also overall trade relations, remains.

We anticipate an impact for the aerospace and defense sector as a result of the proposed increase in military spending. Plans include an increase in the Army’s active force to 540,000 troops, the Navy building a 350-ship fleet and the Air Force increasing the fighter fleet to 1,200 combat-coded aircraft. Estimates vary, but these proposals could increase the defense budget by hundreds of billions of dollars over the next four years, impacting defense contractors as well as their supply chains.

President-elect Trump’s plans include asking all department heads to submit a list of every wasteful and unnecessary regulation, reforming the entire regulatory code in an effort to keep jobs and wealth in America, declaring a temporary moratorium on new agency regulations that are not compelled by Congress or public safety, and canceling hundreds of existing executive orders.

The U.S. has already undergone a shale revolution which positively impacted the manufacturing sector including, but not limited to, the chemicals industry. By lifting some of these regulations, we may see more economic activity in the manufacturing sector overall. The President-elect’s pledge to reduce regulation could lead to exploration and new development as well as new pipeline projects that could not only benefit the oil and gas industry but also the downstream industries that consume much of this output as feedstock into their manufacturing processes. This could contribute to a more cost competitive domestic manufacturing environment.

There is a lot of uncertainty around how the election results will ultimately affect domestic manufacturing. No doubt the new Trump administration, with Republican control of Congress, will result in change. We will continue to monitor policies as they develop across all five of these categories over the coming months. Stay tuned as we assess the potential impact on jobs and growth for industrial products companies in the U.S.

Robert McCutcheon is a Partner and US Industrial Products Leader at PwC.