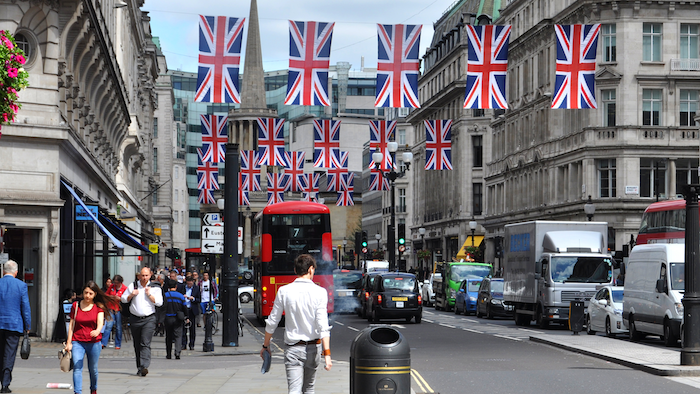 Britain passed a Brexit hurdle as its flagship European Union Withdrawal Bill became law Tuesday. But the government faced a new warning from business that uncertainty about the U.K.'s departure from the EU was putting investment and jobs at risk.

Pro-Brexit lawmakers in the House of Commons cheered as Speaker John Bercow announced that the European Union Withdrawal Bill had received royal assent. The bill was passed by Parliament last week and officially became law with the granting of assent by Queen Elizabeth II — a technicality, since no monarch has refused to sign a bill since 1707.

Prime Minister Theresa May said it was "a historic moment for our country and a significant step towards delivering on the will of the British people."

The bill, which will translate thousands of pieces of EU law into British statute, faced a rocky journey through Parliament. Pro-EU lawmakers and members of the House of Lords tried to amend it to soften the terms of Britain's departure.

Most of the changes were overturned by narrow Commons votes. But pro-EU lawmakers say they will try to defeat the government on other EU-related legislation if it tries to push for a "hard Brexit" that severs close economic ties between Britain and the bloc.

With nine months to go until Britain leaves the EU on March 29, 2019, businesses say uncertainty about the divorce terms is starting to hurt the economy.

On Tuesday, the Society of Motor Manufacturers and Traders said investment in auto production fell by almost half in the last year. It was 347 million pounds ($460 million) in the first half of 2018, down from 647 million pounds during the same period a year earlier.

"Our message to government is that until it can demonstrate exactly how a new model for customs and trade with the EU can replicate the benefits we currently enjoy, don't change it," he said.

The industry statement follows warnings from manufacturers Airbus, Siemens and BMW that leaving the EU without a comprehensive free trade deal would hurt British businesses and cost thousands of jobs.

Uncertainty is already having an impact. A survey by law firm Baker McKenzie has found that almost half of EU businesses have cut back on their investment in Britain since the 2016 vote to leave the bloc.

Many U.K.-based businesses want the same thing, but the British government is split between Brexit-backing ministers who want a clean break so that Britain can strike new trade deals around the world, and those who want to keep closely aligned to the bloc, Britain's biggest trading partner.

May is caught between the two factions. She says Britain will leave the EU single market and customs union while seeking "as frictionless as possible" trade with the bloc.

A paper setting out the U.K. government position on future relations, due to be published this month, has been delayed until July because the Cabinet cannot agree on a united stance.