5 Coolest Things On Earth This Week 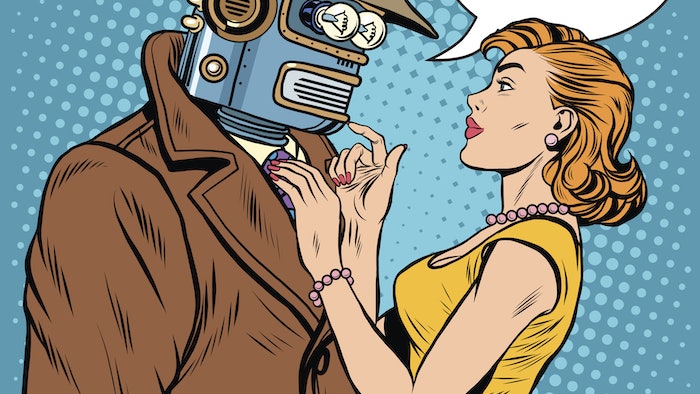 This week we learned that keeping quiet makes even computers look smarter, we wondered how viruses and diseases can determine what we do and even who we are, and we pondered the mysteries of the universe that could be discovered by a new, robot-assembled space telescope.

Researchers from Coventry University in England showed how computers could fool human judges and pass the Turing Test by staying quiet. Computing pioneer Alan Turning developed the test in the 1950s to detect the emergence of artificial intelligence.

“In this paper, we look at a specific issue with practical Turing tests, namely the right of the machine to remain silent during interrogation,” the team wrote. “In particular, we consider the possibility of a machine passing the Turing test simply by not saying anything.” The study was published in the Journal of Experimental and Theoretical Artificial Intelligence.

Our War With Viruses Shaped Who We Are

Scientists using big data analytics to study the human genome have found that constant battles between our immune system and viruses have shaped human evolution “in a major way.” They believe that viruses have caused as much as 30 percent of all protein adaptations since we split from chimpanzees.

“When you have a pandemic or an epidemic at some point in evolution, the population that is targeted by the virus either adapts, or goes extinct,” said the study’s lead author, David Enard of Stanford University. “We knew that, but what really surprised us is the strength and clarity of the pattern we found. This is the first time that viruses have been shown to have such a strong impact on adaptation.” The research was published in the journal eLife.

…And What We Do

Disease could also shape what we do. Researchers from the University of Virginia School of Medicine have found evidence that the immune system can affect and even control human behavior, including our desire to socialize with other people. Their findings could have clinical implications for understanding and treating neurological conditions such as schizophrenia and autism-spectrum disorders.

“It’s crazy, but maybe we are just multicellular battlefields for two ancient forces: pathogens and the immune system,” said Jonathan Kipnis, chairman of UVA’s Department of Neuroscience. “Part of our personality may actually be dictated by the immune system.”

These Man-Made Microbes Spin Out The Tiniest Nanowires

Researchers at the University of Massachusetts Amherst have designed bacteria that can spin out “extremely thin and highly conductive” nanowires. The possible applications of the wires, which behave as conductors but also transistors and capacitors, could include biocompatible sensors, chips and solar panel parts.

“As we learned more about how the microbial nanowires worked we realized that it might be possible to improve on nature’s design,” said microbiologist Derek Lovley, who led the project. “We knew that one class of amino acids was important for the conductivity, so we rearranged these amino acids to produce a synthetic nanowire that we thought might be more conductive.” The results were published in the journal Small.

Engineers at the California Institute of Technology and NASA’s Jet Propulsion Laboratory in Pasadena are working on a massive new telescope that would be built in space by a robot. The robotically assembled modular space telescope (RAMST) could be as large as a football field.

The design would allow astronomers to build huge telescopes in orbit that could probe the deep mysteries of space and would not be hobbled by atmospheric effects.The project was announced in the Journal of Astronomical Telescopes, Instruments, and Systems.