South Australia's Tonsley Innovation Hub has major tenants of Siemens, ZEN Energy and the South Australian Drill Core Library — after a major revamp since the last Mitsubishi 380 there rolled off the production line in 2008. 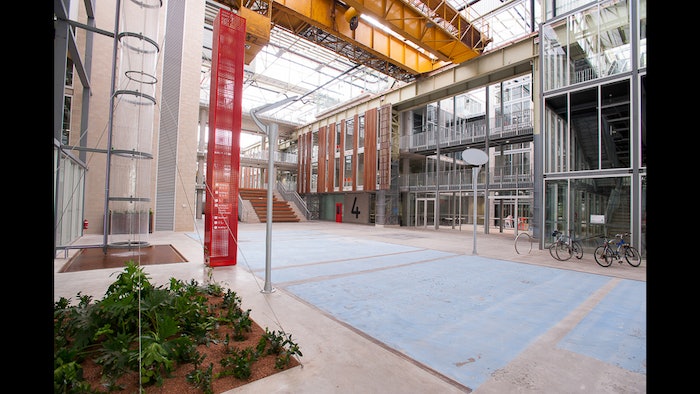 It is another milestone for Tonsley, which has undergone a major revamp in recent years. The last Mitsubishi 380 rolled off the production line at Tonsley in 2008.

Now the Main Assembly Building is home to innovative Advanced Manufacturers including medical technologies company Micro-X and is bookended by the Flinders University at Tonsley building and community college TAFE SA.

Other major tenants in the hub include Siemens, ZEN Energy and the South Australian Drill Core Library.

The innovation hub has been specifically designed to enable businesses, industries and companies to collaborate with researchers and tertiary students.

Micro-X relocated to Adelaide in January and expects to be building saleable units of itslightweight medical industry x-ray machines by the end of the year.

Managing Director Peter Rowland said the Tonsley concept was like being at a trade show where businesses constantly interacted.

“Every one of my staff is going to find real value with the collaboration available there,” he said.

“Everyone bangs on about Silicon Valley being the cradle of innovation and the only difference I see is scale and geography.

“It would be lovely to think that Tonsley could create an atmosphere where what everybody is doing at Tonsley is the new normal because it just changes everyone’s perspective. I mean you help each other but suddenly you don’t feel so lonely, there’s people you can talk it over with who are in a similar business and understand your problems.

Hydroflex relocated from San Diego in the United States to Tonsley in April.

Chief Technology Officer and inventor Richard Connors said he had searched the world for the best place to manufacture his hydrogen-based fuel reduction systems and “Tonsley kept bubbling up to the top”.

“Tonsley is a wonderland for someone like myself because it has all the ingredients in the petri dish that I need to be successful and I’ve not found that anywhere else,” he said.

“Adelaide is the Detroit of Australia. You’ve got the talent pool of mechanics, the heavy manufacturing, the plastics, the computers, all these talents are within a rock’s throw of our building.”

The judges said recognising Renewal SA's transformation of the former Mitsubishi plant cemented the site as “a unique place with a strong identity for South Australia to celebrate its manufacturing history”.

He said the South Australian Government was transforming Tonsley into a collaborative and high-value industry, education and residential precinct.

"Quality architecture and design have always been primary considerations in the plans for Tonsley, so it's wonderful to have all the work that went into these projects acknowledged by the peak body for the profession," Devine said.

The awards follow on from Tonsley's recent success at the 2015 World Architecture News Awards, where it won the award for Adaptive Reuse, beating more than 60 projects from around the globe.