NetSuite is just the latest cloud acquisition by Oracle, and its biggest splurge in more than a decade. It paid $11.1 billion for PeopleSoft in 2005.

More businesses are switching to the cloud model because it provides flexibility and saves on the cost of running their own computers. Oracle and its leading competitors, including Microsoft and IBM, are increasingly trying to beef up their cloud offerings.

NetSuite, which was founded by a former Oracle executive, makes business software that runs in NetSuite's "cloud," or its own data centers, rather than on its customers' computers. Oracle is a commercial tech giant that has traditionally sold software programs to customers who installed them in their own data centers.

Oracle CEO Mark Hurd said in a company release Thursday that the two companies' cloud tools fit well together and that Oracle will continue to invest in them.

Despite public jibes about cloud computing, once aimed at rivals like NetSuite and Salesforce.com, the colorful and combative Ellison eventually recognized the potential and became an early backer of both.

NetSuite was started in 1998 by Evan Goldberg, a former Oracle executive. Ellison, Oracle's chairman (he stepped down as CEO in 2014), is NetSuite's largest shareholder. NetSuite CEO Zach Nelson also worked for Oracle in the 1990s.

Investors of NetSuite Inc. will receive $109 per share, a 62 percent premium to the company's Wednesday closing price of $67.42.

Shares of Oracle Corp., based in Redwood Shores, California, slipped 19 cents to $40.74.

The transaction is expected to close this year. 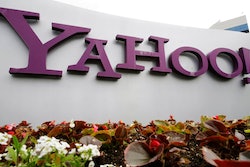