But none of the employees hired have taken up the offer.

The labor issue in the manufacturing industry is well-documented, and it has led to some creative and aggressive incentives to retain employees. One method that has traditionally worked is the signing bonus, both day one bonuses and stepped bonuses at monthly and yearly milestones.

Well, one company is switching it up a bit, and instead of paying out bonuses to stay, he's giving employees bonuses to leave.

Chris Ronzio is the CEO of software company Trainual. Based in Arizona, the company helps small businesses with organization, documentation and policies, as well as training and scaling staff. According to Business Insider, Ronzio has a pay-to-quit policy that will pay employees $5,000 to quit after two weeks.

Since the policy was instituted in May 2020, none of the company's 38 new hires have taken Ronzio up on the offer. The CEO says the policy gives employees an easy out if they have any apprehensions about the job, and it has also helped him maintain a strong company culture. When he offers employees the ability to "fire the company," it emboldens their commitment to the company. It also holds HR accountable because the company takes a hit if they get it wrong.

Employees who choose to stay with Trainual don't receive any bonus, other than the prospect of a long and hopefully prosperous career with the company.

Will such a method work in the manufacturing industry? I'm not sure, but it's a paradigm shift that could disrupt traditional incentives. 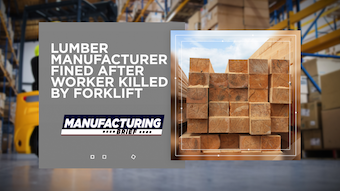 A 45-year-old employee was run over while walking through the company’s shipping yard.
May 24th, 2022 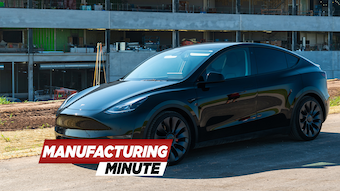 Three workers were injured in separate incidents on consecutive days.
May 18th, 2022
Follow Us
Most Recent