Hackers have stolen 6.7 billion yen ($60 million) worth of cryptocurrencies from a Japanese digital currency exchange, the operators said Thursday. 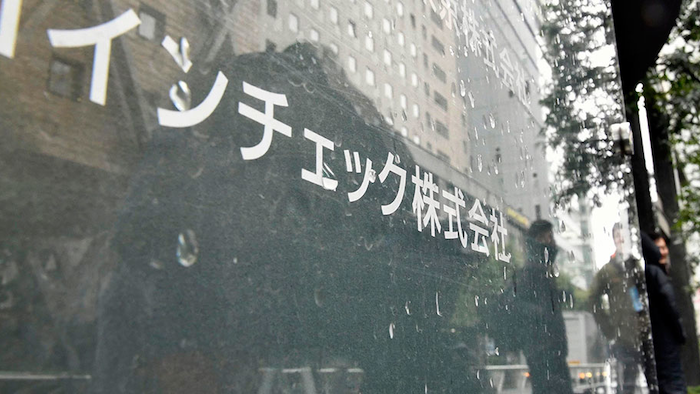 Tech Bureau Corp. said a server for its Zaif exchange was hacked for two hours last week, and some digital currencies got unlawfully relayed from what's called a "hot wallet," or where virtual coins are stored at such exchanges.

The exchange was taken offline until details of the damage could be confirmed, and efforts were underway to get it back working, Tech Bureau said.

Japan has been bullish on virtual money and has set up a system requiring exchanges to be licensed to help protect consumers. The system is also meant to make Japan a global leader in the technology. Bitcoin has been a legal form of payment in Japan since April 2017, and a handful of major retailers here already accept bitcoin payments.

But the recurrence of cryptocurrency heists shows problems persist.

Coincheck, in operation since 2012, had been applying for a government license but had not yet gotten one. That led to industry-wide soul-searching, led by government financial regulators, to prevent such problems.

Zaif got registered with the government last year.

The company said Thursday it had accepted a 5 billion yen ($45 million) offer from Fisco, a Tokyo-based investment company, for a majority stake in Tech Bureau, headquartered in Osaka.

The cryptocurrencies stolen in last week's hack included Bitcoin and Monacoin. Of the stolen money, 2.2 billion yen ($20 million) belonged to the company, and the rest were customers' assets, according to Tech Bureau.

Earlier this year, a glitch at Zaif allowed some people to buy cryptocurrencies for zero yen.

'Bot Master' Hacker to Be Sentenced

Tools developed by a hacker-for-hire company were used to spy on more than 100 people worldwide.
Jul 16th, 2021

Blue Origin Gets OK to Send Bezos, 3 Others to Space

Nearly all of the issues stemmed from well-understood coding vulnerabilities that should have been addressed earlier.
Jul 14th, 2021

The group was responsible for the Memorial Day ransomware attack on the meat processor JBS.
Jul 14th, 2021

Who Gets the Keys to Your Digital Estate?

Here’s what you should consider and do to make this job easier for the person who winds up doing it.
Jul 12th, 2021

One of the challenges with programs intended to improve cybersecurity is that a high percentage of critical infrastructure is owned and operated by private companies.
Jul 6th, 2021

The explosion could be heard for miles and blew out the windows and doors of nearby homes.
Jul 7th, 2021

The blaze sent up giant orange flames on the vessel.
Jul 7th, 2021

Dense clouds of black smoke continued to billow from the site late in the day.
Jul 6th, 2021
Follow Us
Most Recent