German Chancellor Angela Merkel is making clear that she opposes setting new, more ambitious European emissions reduction targets for 2030. She says the continent needs to concentrate on fulfilling the aims it has already set. 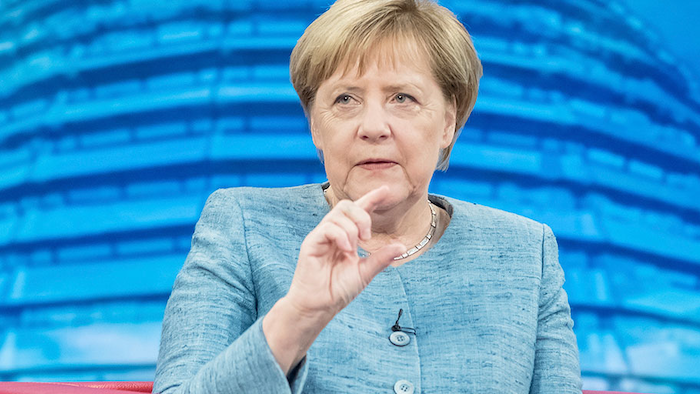 BERLIN (AP) — German Chancellor Angela Merkel is making clear that she opposes setting new, more ambitious European emissions reduction targets for 2030. She says the continent needs to concentrate on fulfilling the aims it has already set.

Merkel told ARD television on Sunday that she is "not so happy at the moment about these new proposals because many member states already aren't fulfilling today what they promised."

She said: "I think we must first keep to the targets we set. I don't think that permanently setting new targets makes sense."

Resellers appear to have colluded to inflate prices for ventilators and other vital equipment.
Jul 20th, 2021

Inside the Cutthroat Race to Secure Vaccines

No one expected a vaccine gap between the global rich and poor that was this bad.
Jul 20th, 2021

Even some green energy-loving environmentalists are wary of the pace and scope of the plans.
Jul 19th, 2021

How advanced tools and their associated strategies can offer new solutions to challenges heightened by the pandemic.
Jul 16th, 2021

The rule change will have little practical effect, since nearly all commercially made showerheads comply with the 2013 rule.
Jul 16th, 2021

J&J Recalling Sunscreens Due to Benzene

It is investigating how the carcinogen got into the products.
Jul 14th, 2021
Follow Us
Most Recent