David Heath co-founded online socks company Bombas not because of an overwhelming desire to make a comfortable sock, but after realizing that they were the No. 1 clothing item requested by the homeless. 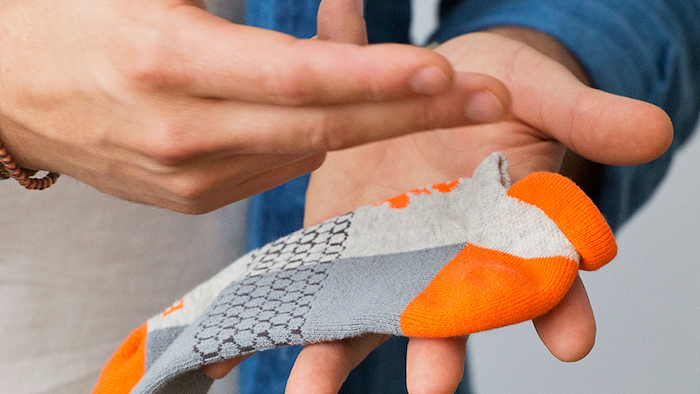 NEW YORK (AP) — David Heath co-founded online socks company Bombas not because of an overwhelming desire to make a comfortable sock, but after realizing that they were the No. 1 clothing item requested by the homeless.

Heath, the CEO, and his partner Randy Goldberg spent two years developing socks with features like blister tabs and arch support. Then they teamed up with shelters and nonprofit groups, and the company donates a pair for every pair it sells. Those socks focus on darker colors, and get reinforced seams and an anti-microbial treatment.

Incorporating charity into the business from the get-go has turned out to be successful. So far, the New York-based company has sold almost 9 million pairs, and they're not cheap. A 12-pack of women's ankle socks sell for $130. Bombas, started in 2013, had its first profit in 2016 and generated nearly $50 million in sales last year.

Bombas, derived from the Latin for bumble bee, is one of several startups based on a business model pioneered by Toms Shoes in 2006. Tom's started out donating a pair of shoes for every pair it sells, and has expanded to T-shirts and sunglasses. Warby Parker, launched in 2010, does the same for eyewear.

Heath talks with The Associated Press about the inspiration for Bombas, how he looks at competition and his future growth plans. The questions and answers have been edited for clarity and length.

Q. How did you come up with the (socks) idea?

A. The lightbulb moment was, I saw this quote — 'Socks were the most requested (clothing) item for the homeless.' And then I saw what Toms was doing and Warby Parker just launched. This one-for-one thing is super-interesting and people seem to really resonate with it. I thought maybe we can do this for socks, donating socks as part of the business. But in order to donate our socks, we have to sell a lot of socks, so what is going to be our edge? We looked at the landscape. And took a business school mentality to figuring out where the opportunity was.

Q. What sort of opportunity did you see?

A. There was a massive gap between the commodity bulk buying and then there was the sub-category of ultra-premium individual pairs. You got a running sock for $15 ... a hiking sock ... a basketball sock. Socks that were marketed toward endemic categories. We started buying all these socks. What separates an $18 sock from a $2 sock?

Q. So, what's the difference?

A. There was a ton of innovation happening. Seamless toes, arch supports, incredible fabric designs. Conformed fits. And so the next 'aha' moment? Why don't we take all the technology ... and bring it to the mass market? And not just market to runners but market to anybody who is on their feet all day?

Q. How do you view competition?

A. We're launching other product categories. We just launched at wholesale. On the roadmap for 2020: small footprint stores. 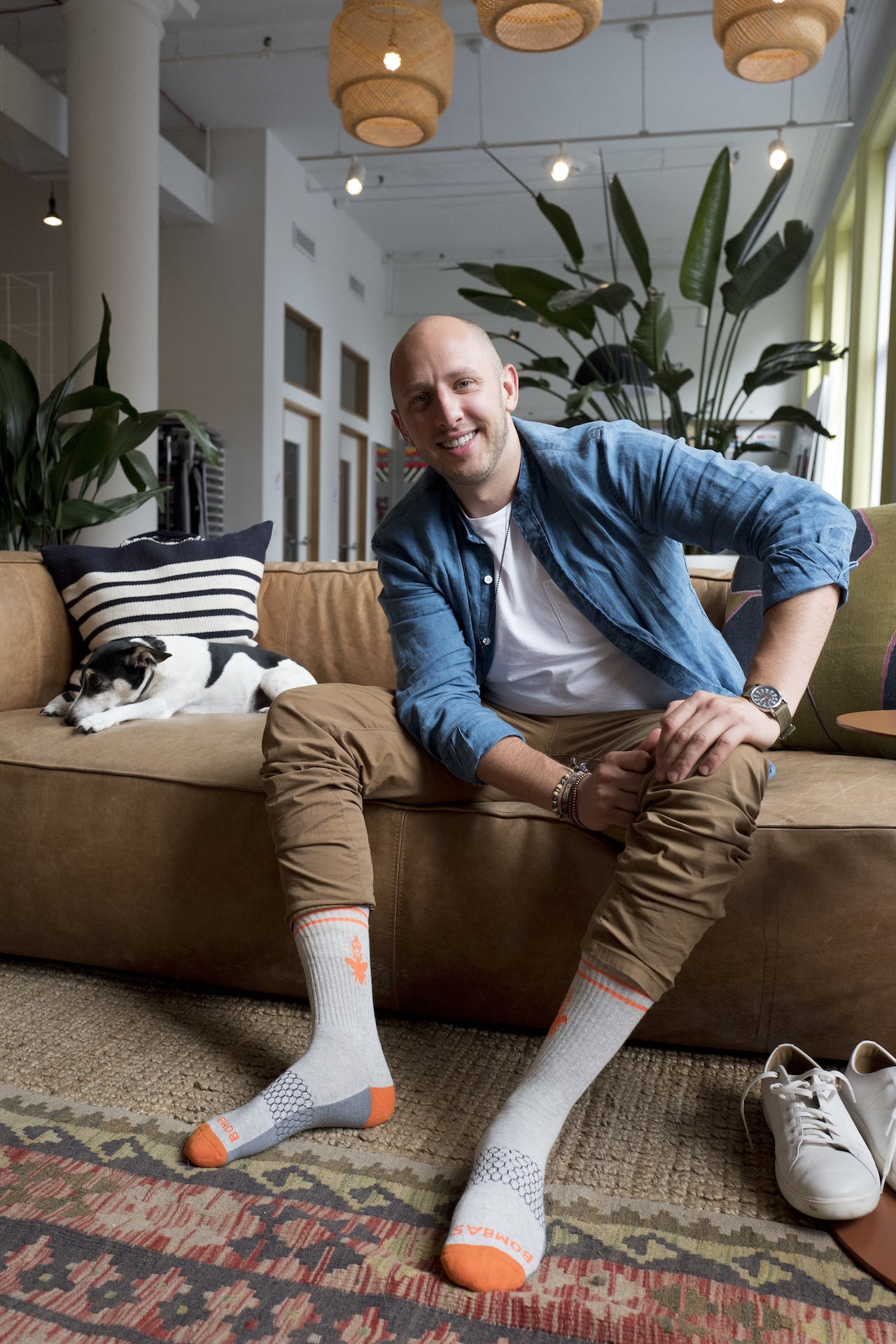 In this June 22, 2018, photo, David Health, CEO and co-founder of Bombas, poses for a photo during an interview in his New York office. Heath and his partner Randy Goldberg spent two years developing socks with features like blister tabs and arch support. Then they teamed up with shelters and nonprofit groups, and the company donates a pair for every pair it sells. (AP Photo/Mark Lennihan)
Latest in Quality Control