Nokia Corp. said Wednesday that it is suing Research In Motion, the maker of the BlackBerry, for breach of contract in Britain, the United States and Canada over cellular patents the two companies agreed on nine years ago. The struggling Finnish cellphone maker agreed with RIM in 2003 on a license that covers patents on "standards-essential" technologies for mobile devices.

HELSINKI (AP) — Nokia Corp. said Wednesday that it is suing Research In Motion, the maker of the BlackBerry, for breach of contract in Britain, the United States and Canada over cellular patents the two companies agreed on nine years ago.

The struggling Finnish cellphone maker agreed with RIM in 2003 on a license that covers patents on "standards-essential" technologies for mobile devices. RIM has since claimed the license should also have covered patents for non-essential parts and it filed arbitration proceedings with the Stockholm Chamber of Commerce in March 2011.

Earlier this month, the Arbitration Institute of Stockholm Chamber of Commerce ruled against RIM's claims.

Nokia said it filed a suit earlier this week to enforce the tribunal's ruling, which says that the Canadian company is "not entitled to manufacture or sell products compatible with the WLAN Standard without first agreeing with Nokia on the royalty to be paid."

RIM said it "will respond to Nokia's petitions in due course."

"Research In Motion has worked hard to develop its leading-edge BlackBerry technology and has built an industry-leading intellectual property portfolio of its own," said RIM spokeswoman Crystal Roberts.

Peter Misek, an analyst at Jefferies in New York, said Nokia's filings mean that RIM likely will end up paying royalties of $2 to $5 per phone.

Nokia is among leading patent holders in the wireless industry. Major manufacturers of phones and wireless equipment are increasingly turning to patent litigation as they jockey for an edge to expand their share of the rapidly growing smartphone market.

Last year, Nokia received a $565 million royalty payment from Apple Inc. to settle long-standing patent disputes. It also has filed claims in the United States and Germany alleging that products from HTC Corp. and Viewsonic Corp. infringe a number of its patents.

Nokia shares closed down 1 percent at €2.53 in Helsinki on Wednesday. 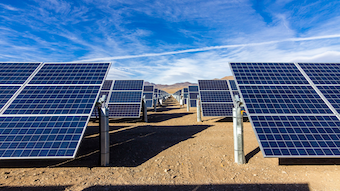