The company that manufactures Apple's iPhone said Tuesday it found underage interns as young as 14 working at one of its factories in China. Foxconn Technology Group said the interns were found by a company investigation at its factory in the eastern city of Yantai and were sent back to their schools. China's minimum legal working age is 16. 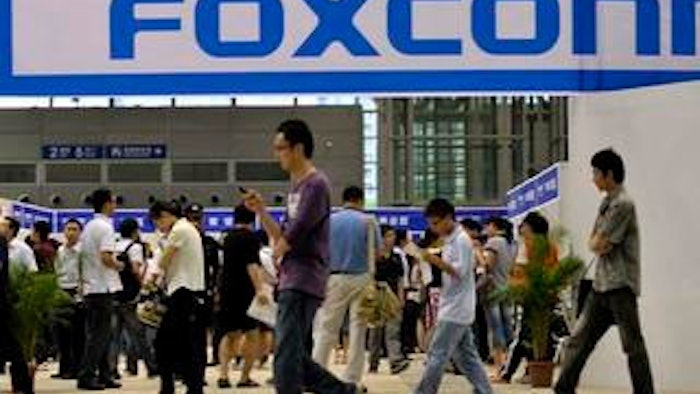 BEIJING (AP) — The company that manufactures Apple's iPhone said Tuesday it found underage interns as young as 14 working at one of its factories in China.

Foxconn Technology Group said the interns were found by a company investigation at its factory in the eastern city of Yantai and were sent back to their schools. China's minimum legal working age is 16.

Foxconn, owned by Taiwan's Hon Hai Precision Industry Co., said it was investigating with schools how the interns were sent to its factory. It didn't say how many underage interns it found.

"We recognize that full responsibility for these violations rests with our company and we have apologized to each of the students for our role in this action," Foxconn said in a statement. "Any Foxconn employee found, through our investigation, to be responsible for these violations will have their employment immediately terminated."

Foxconn produces iPhones and iPads for Apple Inc. and also assembles products for Microsoft Corp. and Hewlett-Packard Co. The company gave no indication what products were made in facilities where the interns worked.

A labor rights group, China Labor Watch, said in a statement that primary responsibility lay with schools involved but "Foxconn is also culpable for not confirming the ages of their workers."

Conditions in factories in China are a sensitive issue for foreign brands that outsource production of shoes, consumer electronics and other goods to local contractors. Last month, Foxconn suspended production for one day at a factory in the city of Taiyuan following a brawl by as many as 2,000 employees that injured 40 people.

Foxconn is one of China's biggest employers, with about 1.2 million employees in factories in several cities.

The company has an internship program that takes vocational students who work for three to six months in its factories, accompanied by teachers.

Foxconn faced a complaint in August that vocational students were compelled by their schools to work in its factories in China. Foxconn said the students were free to leave at any time.

The Fair Labor Association, which was hired by Apple to audit working conditions at Foxconn factories, said in August that improvements it recommended in March were being carried out ahead of schedule. That included verifying the ages of student interns.