Kodak doesn't look a whole lot like it did when it filed for bankruptcy protection last year, but its executives and investors are hoping for a picture-perfect future. Many of its products and services are gone, including the camera-making business that made it famous more than a century ago. Also gone are scores of workers, manufacturing facilities, supply contracts and millions of dollars in investments. 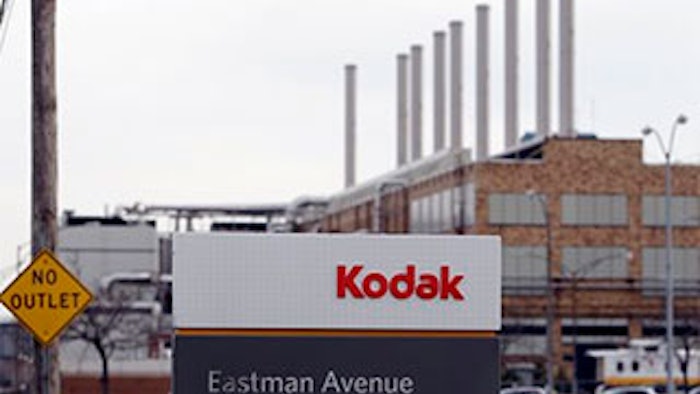 NEW YORK (AP) — Kodak doesn't look a whole lot like it did when it filed for bankruptcy protection last year, but its executives and investors are hoping for a picture-perfect future.

Many of its products and services are gone, including the camera-making business that made it famous more than a century ago. Also gone are scores of workers, manufacturing facilities, supply contracts and millions of dollars in investments.

On Tuesday, U.S. Bankruptcy Judge Allan Gropper approved the company's plan to emerge from court oversight, paving the way for it to recreate itself as a new, much smaller company focused on commercial and packaging printing.

Kodak said it hopes to emerge from bankruptcy protection as early as Sept. 3.

"They still have people with immense skill and who know how to win," said Mark Zupan, dean of the business school at the University of Rochester, near Kodak's headquarters. "But it's also a team that has gone through hell for the last 10 to 20 years. It has been like constant water torture."

Founded by George Eastman in 1880, Eastman Kodak Co. is credited with popularizing photography at the start of the 20th century and was known all over the world for its Brownie and Instamatic cameras and its yellow-and-red film boxes. It was first brought down by Japanese competition and then an inability to keep pace with the shift from film to digital technology.

"Up until around 2005, Kodak was one of the most recognizable brands in the world, and that's now gone," said Robert Burley, a photography professor at Ryerson University in Toronto. "It's only real brand recognition these days is as a failed company that was unable to make the transition from the 20th century to the 21st century. To some degree, they have become a poster child for a company that could not keep up with technology."

Kodak filed for bankruptcy protection last year after struggling with increasing competition, continuing growth in digital photography and growing debt. Since its filing, Kodak has sold off many of its businesses and patents, while shutting down the camera manufacturing unit that first made it famous.

"Kodak is a different company than the one in the popular imagination and very different from the one that filed for bankruptcy," Kodak attorney Andrew Dietderich told the court at the start of Tuesday's hearing.

In making his ruling, Gropper noted that his approval of the plan will result in the loss of retirement and health care benefits for many former workers, while many of the company's investors will recoup just pennies on the dollar.

"So at a time of admitted tragedy, let us take a moment to dwell on the future and hope that Kodak will be successful," Gropper said.

Kodak Chairman and CEO Antonio Perez said that with the ruling, the company is now poised to become a leader in the commercial imaging industry, providing professional services such as commercial printing, packaging and film for motion pictures.

Zupan said the company also has been developing an alternative for a key composite used in the production of touch-screen display screens.

The connection with consumers is gone, though. "Kodak no longer will have any of the core businesses that once defined it," Burley said.

Earlier this year, the company said it would sell its personalized and document-imaging businesses to its U.K. pension plan for $650 million as part of a deal that settles $2.8 billion in claims that the retirement fund had sought from the photography pioneer.

It also sold its document imaging assets, digital imaging patents and online photo service, while shutting down other divisions.

Last week, a majority of the company's creditors voted to approve its plan to emerge. But some retirees, shareholders and other parties objected to it.

Although some shareholders argued that they should be entitled for something in exchange for their stock, Gropper said he ruled at a previous hearing that they weren't. He noted that the company's creditors will only receive 4 cents or 5 cents on the dollar for their investments and that they're entitled to be paid before shareholders are. Generally, holders of common stock do not receive anything for their shares when a company emerges from Chapter 11.

The U.S. Trustee also filed an objection challenging the legality of hefty cash and stock bonuses that Kodak executives are expected to receive when the Rochester, N.Y., company exits from bankruptcy protection.