Gun manufacturer Remington has asked a federal judge to dismiss a proposed class-action lawsuit by Montanans who bought a type of rifle that can reportedly misfire without the trigger being pulled. Allen Bowker and Eric Huleatt filed their lawsuit in June on behalf of thousands of Montana residents who bought Remington Model 700 bolt-action rifles. 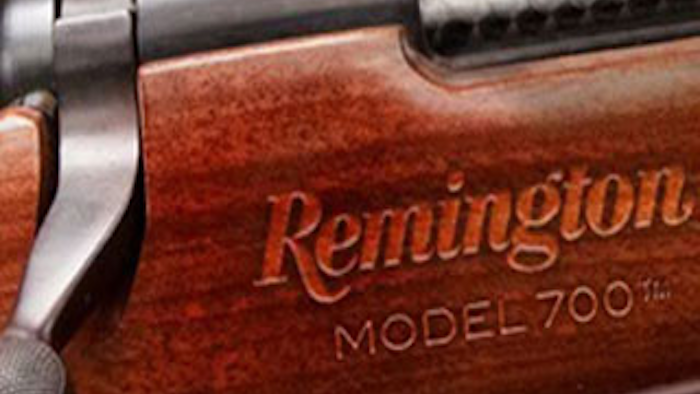 HELENA, Mont. (AP) — Gun manufacturer Remington has asked a federal judge to dismiss a proposed class-action lawsuit by Montanans who bought a type of rifle that can reportedly misfire without the trigger being pulled.

Allen Bowker and Eric Huleatt filed their lawsuit in June on behalf of thousands of Montana residents who bought Remington Model 700 bolt-action rifles.

They are asking U.S. District Judge Dana Christensen to grant them class-action status for all Montana residents who purchased the rifle, claiming that Remington owes them for their economic loss for buying rifles with faulty trigger assemblies that make them worthless.

Bowker and Huleatt allege the manufacturer's parent companies knew the trigger assembly was defective and did nothing to warn customers or fix the problem. Their product-liability claim also alleges the manufacture breached the express and implied warranties of the rifle.

They are suing Remington Arms Co., Sporting Goods Properties Inc. — the name by which the gun manufacturer is now known — and E.I. DuPont de Nemours Inc., which owned all of Remington's stock before 1993.

Excluded from the class-action lawsuit is anybody who was injured by the rifle's misfiring.

Robert Carlson, attorney for the gun manufacturer, said in his court filing Monday that time had run out on the warranty claims for the two named plaintiffs, and this is only the latest of several claims filed recently.

Similar lawsuits have been dismissed in Oklahoma and Arkansas, Carlson said.

Several people filed lawsuits against Remington following a 2010 CNBC documentary about problems with the trigger assembly.

In one of the most recent, a federal judge in Montana ruled that the statute of limitations had expired on a lawsuit by Brad and Dianna Humphrey of Fairfield that claimed Brad Humphrey was paralyzed when his stepson's Remington Model 700 misfired in 1989.

The Humphreys said they found out about the problems with the bolt-action rifle only after the documentary aired, but the judge dismissed their lawsuit in April. They are appealing.

In addition, Huleatt never alleges that his own rifle actually misfired, he said. No Montana court has ever recognized a liability for a defect that has not manifested itself, Carlson said.

Christensen did not immediately rule on the request to dismiss the lawsuit.