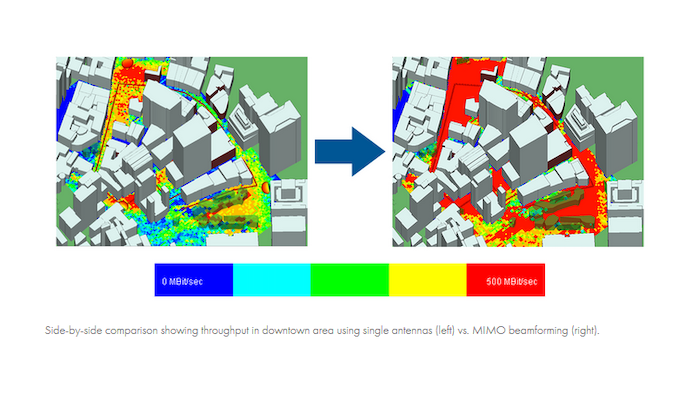 With 5G demand for higher data rates, emerging technologies are leveraging MIMO techniques such as beamforming, spatial multiplexing, and diversity to increase throughput by generating stronger beams or multiple parallel data streams between base stations and user equipment. Wireless InSite predicts adaptive beamforming and spatial multiplexing throughout intricate scenes, revealing how relative positions and multipath interactions affect phase, polarization and ultimately the effectiveness of each technique. As complexity increases, these predictions are critical for evaluating the overall combined throughput of wireless systems and comparing alternative techniques.