Lawyers argued the case could make using a computer for virtually any unauthorized purpose a federal crime. 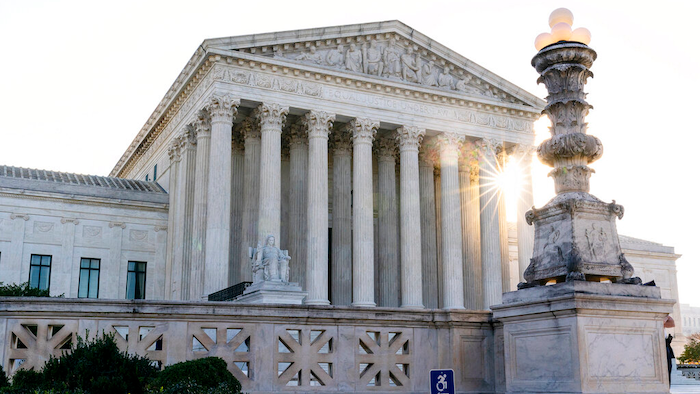 WASHINGTON (AP) — The Supreme Court on Thursday limited prosecutors' ability to use an anti-hacking law to charge people with computer crimes.

Conservative and liberal justices joined to vote 6-3 to overturn the conviction of a police sergeant who used a work database to run a license plate search in exchange for money. The justices ruled prosecutors had overreached in using the federal Computer Fraud and Abuse Act to charge him. The case is important guidance in narrowing the scope of the law.

Lawyers for the police sergeant had warned when the case was argued in late November that if the court ruled against him it could have sweeping consequences. They argued it could make a federal crime out of using a computer for virtually any unauthorized purpose, from “checking sports scores at work to inflating one's height on a dating website."

The court agreed, rejecting the arguments of former President Donald Trump's administration for a broad reading of the statute. Trump's three appointees to the court joined the three liberals to rule for the police sergeant. Justice Amy Coney Barrett, Trump's most recent appointee, wrote for the majority that the government's interpretation of the law “would attach criminal penalties to a breathtaking amount of commonplace computer activity.” She said if the government's interpretation of the law were correct then "millions of otherwise law-abiding citizens are criminals."

"Employers commonly state that computers and electronic devices can be used only for business purposes. So on the Government’s reading of the statute, an employee who sends a personal e-mail or reads the news using her work computer has violated" the law, she wrote.

The Computer Fraud and Abuse Act became law in 1986 and was a response by Congress to a growing need to address computer crimes. It imposes criminal liability on anyone who “intentionally accesses a computer without authorization or exceeds authorized access.”

A majority of the justices concluded that the law “does not cover those who ... have improper motives for obtaining information that is otherwise available to them.”

In a dissent, Justice Clarence Thomas said that an “ordinary reader of the English language” would have concluded that the police sergeant in the case exceeded his “authorized access.” And he called the majority's interpretation of the law “contrary to the plain meaning of the text.” He was joined by fellow conservatives Chief Justice John Roberts and Justice Samuel Alito.

Van Buren was convicted on both counts and sentenced to 18 months in prison. He argued the Computer Fraud and Abuse Act didn’t apply because he accessed a database that he was authorized to access.

Van Buren's lawyer, Jeffrey Fisher, wrote in an email: “We’re very pleased with the Court’s opinion and are glad that the CFAA is now restricted to its proper reach.” A spokeswoman for the Department of Justice did not immediately respond to an email requesting comment.

Empty boxes and packages from UPS, FedEx and Amazon have been found alongside railroad tracks.
Jan 18th, 2022
Follow Us
Most Recent