The jobs most likely to be affected are shift supervisors or assistant managers at restaurants, retailers and manufacturing companies. 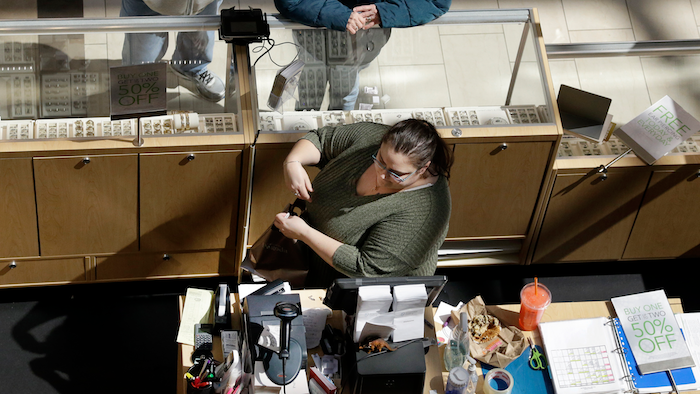 In this April 9, 2018 file photo a cashier rings up a purchase at a store in Salem, NH.
AP Photo/Elise Amendola, File

NEW YORK (AP) — The new year brings new overtime rules for employers, including small businesses and, in turn, a pay raise for an estimated 1.3 million workers.

The jobs most likely to be affected by the increase are shift supervisors or assistant managers at restaurants, retailers and manufacturing companies. Workers at companies of all sizes will be affected, but the rules are likely to have a greater impact on small companies that don't have the revenue stream that larger businesses do to use as a cushion against the higher labor costs.

Employers have had plenty of advance notice that a change in overtime rules was forthcoming. The Obama administration proposed a much larger increase in the exemption threshold, nearly doubling it to $47,476. That proposal would have affected an estimated 4.2 million people, but the regulations scheduled to take effect in 2016 were put on hold by a federal lawsuit. The Trump administration revised the proposed rules, issuing its first version last March.

The rules taking effect next week also allow employers to apply contractual bonuses and commission payments to as much as 10% of the exempt threshold, effectively lowering the amount of regular pay needed to reach the milestone.

While many employers will be paying overtime to more workers, some companies have taken steps to limit the strain on their staffing budgets. One strategy is to give staffers who are near the threshold a raise that makes them exempt. Other owners are changing work schedules and assignments to make it less likely that employees will have to work more than eight hours in a shift.

Under the Fair Labor Standards Act, employees must be paid overtime if they work more than 40 hours in a work week.

More information about the overtime rules is available on the Labor Department's website, www.dol.gov/agencies/whd/overtime/2019/index.