The US economy is finishing the year in strong shape, thanks to a resilient consumer, a healthy job market and interest rate cuts by the Federal Reserve. 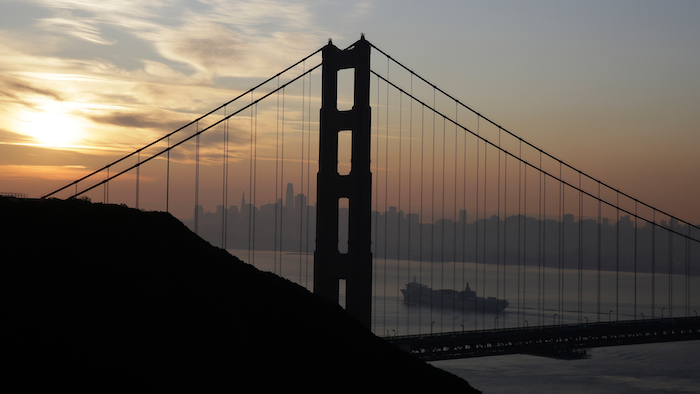 WASHINGTON (AP) — The U.S. economy, which only recently was flashing warning signs of a worrisome slowdown, is finishing the year in stronger shape, thanks to a resilient consumer, a healthy job market and interest rate cuts by the Federal Reserve.

The Commerce Department said Friday that the gross domestic product — the economy’s total output of goods and services — expanded at a moderate annual rate of 2.1% in the July-September quarter. A separate report showed that consumer spending grew by a solid 0.4% rate in November, the strongest gain since July, and that incomes rebounded after a weak reading in October.

The brisk pace of spending in November is a reassuring sign that consumers, who account for about 70% of economic activity, are helping the economy offset drags ranging from President Donald Trump's trade wars to a global economic slump. Many economists are forecasting that the economy is expanding at a decent 2% annual rate in the final quarter of the year.

Just over a month ago, some tracking polls had been flashing alarm that growth could slow sharply in the fourth quarter to a 0.5% annual pace or less. But since then, Trump has stepped back from imposing a new round of tariffs on billions of dollars of popular consumer goods such as cell phones made in China. And several sectors of the economy have shown signs of resilience. The housing market has rebounded, aided by three interest rate cuts this year from the Fed. Most significantly, the job market is looking healthy: In November, hiring jumped to its highest level since January, with U.S. employers adding 266,000 jobs.

‘’The economy is still solid,” said Diane Swonk, chief economist at Grant Thornton. “What this economy has lacked in momentum, it has made up for in stamina, and the Fed gave it a shot of adrenaline this year with three rate cuts."

The government's estimate Friday that GDP grew at a 2.1% annual rate in the July-September quarter was unchanged from its previous estimate. Though the overall growth figure was unchanged, some of the individual components of GDP were revised.

Consumer spending for the quarter, for example, grew at a 3.2% annual pace, the government estimated, up from its previous estimate of 2.9% growth. The new strength was led by higher spending on personal services such as barber shops and nail salons. And housing, which had fallen for six straight quarters, posted a solid 4.6% increase in the third quarter.

On the other hand, the government revised down its estimate of business inventory restocking. Business investment was revised to show a slightly smaller 2.3% annual decline, still the second straight quarterly drop in that key category.

Economists are forecasting moderate growth in the current quarter and for at least the first three months of next year. But they say annual growth could be reduced by about one-half percentage point to 1.5% in the first quarter, reflecting Boeing's temporary production shutdown of its troubled 737 Max jetliner, before regaining that lost output later.

Though 2% annual growth is below the gains of 3%-plus growth that Trump has pledged, it is far stronger than the recession many analysts feared just a few months ago, when concerns were escalating over the tensions in the U.S.-China trade dispute and weak growth overseas.

The economy may be getting some help from a preliminary trade deal announced last week that should at least cool tensions between the United States and China. That announcement, along with better economic data recently, has helped lift stock markets to new highs.

Three rate cuts by the Fed this year, partly reversing four rate increases last year, have helped fuel the rebound. And a budget agreement passed this week is expected to shower billions of dollars in increased spending on the military and domestic programs in the coming year, helping to support growth.

Yet even with those gains, analysts are forecasting that growth will slow further in 2020, hurt by continued overseas weakness.

Another headwind could be the 2020 presidential election. It is expected to raise business anxiety about the course of government policies, given the sharp differences between Trump and his Democratic challengers.