The move, coupled with GM's in-house research, should help the company in its race with Google and others to have autonomous cars start transporting people on public roadways. 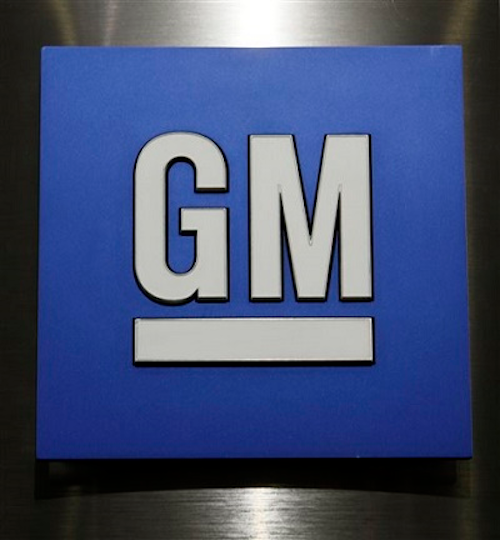 DETROIT (AP) — With hopes of speeding development of self-driving cars, General Motors has acquired a small software company that's been testing vehicles on the streets of San Francisco.

The Detroit automaker says it purchased Cruise Automation, a 40-person firm that was founded just three years ago.

The move, coupled with GM's in-house research, should help the company in its race with Google and others to have autonomous cars start transporting people on public roadways.

GM wouldn't give a timetable for rolling out the technology, but President Dan Ammann said it would happen as soon as the company can demonstrate that the cars are ready.

"It's our view that driverless technology will be demonstrably safer than the human driver," Ammann said in a telephone interview.

Cruise Technology, along with Google, is among the few companies with permits from the state of California to test the cars, said Kyle Vogt, the company founder and CEO. The company is working to tackle the biggest obstacles to autonomous cars — seeing the lane lines in bad weather and integrating data from cameras and other sensors so the cars make the right decisions on the road, Vogt said. "I agree that's a challenge," he said. "Looking at lane markers isn't going to get you there."

Cruise reported one crash to the state Department of Motor Vehicles in which an autonomous car rear-ended a city of San Francisco parking enforcement vehicle. Vogt said the car's backup human driver had taken control of the vehicle when it crashed.

GM wouldn't disclose the purchase price of deal, which was announced Friday. It said all Cruise Technology employees will join GM and work as a separate unit, and there are plans to hire more people.

It's GM's third high-profile venture this year in new mobility. The company has invested $500 million in the ride-sharing company Lyft and it has started a car-sharing service in Ann Arbor, Michigan that it plans to expand to other metro areas.

Reusable Under Fire Amid Pandemic

DoL: No Retaliation Against Whistleblowers During Pandemic

The agency’s Energy Information Administration projects a 7.5% drop in fossil fuel emissions for 2020, the most significant since 1990.
Ellen Knickmeyer
Apr 8th, 2020

Interest has been so great that the U.S. National Institutes of Health is expanding its study.
Marilynn Marchione
Apr 7th, 2020

They also urged the international community to waive this year’s debt repayments from poorer countries, including $44 billion due from Africa.
Edith M. Lederer
Apr 7th, 2020

Work at the country's national laboratories and defense sites is shifting to only those operations considered “mission critical.”
Susan Montoya Bryan
Apr 7th, 2020

Work on the project has begun despite calls from tribal leaders and environmentalists to delay the $8 billion project amid the coronavirus pandemic.
Matthew Brown
Apr 7th, 2020

Markets have been waiting anxiously for signs that the rate of new infections may stop accelerating at some point.
Stan Choe
Apr 6th, 2020

Their cheese snacks are keeping the paychecks flowing for 250+ employees and local dairy farmers, but will that matter to the Shark Tank panel?
Jeff Reinke
Apr 3rd, 2020