EU Fines Google a Record $5B

The EU's fine is the biggest ever imposed on a company for anticompetitive behavior. 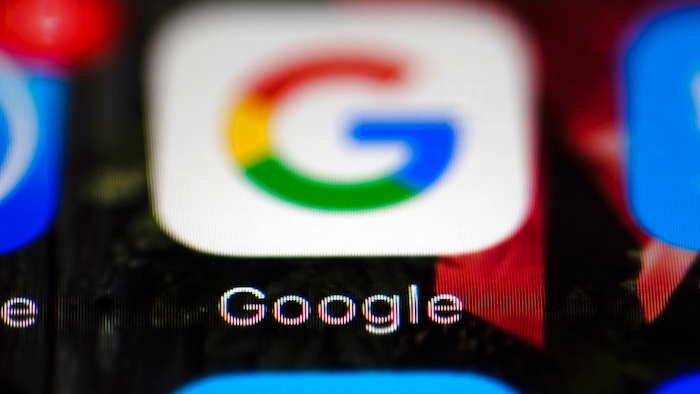 This Wednesday, April 26, 2017 file photo shows a Google icon on a mobile phone, in Philadelphia. European Union antitrust chief Margrethe Vestager is planning a statement on Wednesday, July 18, 2018 amid reports that her office will slap a record $5 billion fine on Google for abuse of its dominant position in the Android mobile phone operating systems. The decision was widely expected this week and financial media, including Bloomberg and the Financial Times, said the amount would total 4.3 billion euros.
AP Photo/Matt Rourke, File

Vestager said that "companies must compete on their merits," playing by antitrust rules that favor consumers and open markets, and not restrict competition.

Google said it would appeal. "Android has created more choice for everyone, not less," said company spokesman Al Verney.

The EU's fine is the biggest ever imposed on a company for anticompetitive behavior.

Vestager said that once the size of the company and its turnover is taken into account, the 4.34 billion euro fine is not disproportionate. Google parent company Alphabet made $31.15 billion in revenue in the first three months of the year.

The ruling comes at a sensitive time for trans-Atlantic relations, with U.S. President Donald Trump lambasting the EU as a "foe" only last week. The U.S. has imposed tariffs on EU steel and aluminum this year and the EU has responded with tariffs on American goods. The U.S. is now also considering taxes on imports of European cars.

The U.S. has also complained that the EU has mainly targeted U.S. companies — including Microsoft and Apple — for breaking competition or tax rules.

In her role, Vestager has continued that tough regulatory approach, but dismissed suggestions there was anything personal.

"I very much like the U.S.," she said, but added such a ruling "has nothing to do with how I feel. Nothing whatsoever."

"We have to protect consumers and competition to make sure consumers get the best of fair competition," she said. "We will continue to do it, no matter the political context."

As technology's impact in modern life spreads, European regulators have set the pace in shaping rules for the industry, which tends to get a freer hand in the U.S. New European rules on data privacy that went into force this year influenced the way some companies operate outside of the region as well, particularly after high-profile data breaches, including at Facebook.

Wednesday's ruling on Google caps an investigation that goes back at least three years. Regulators came out with a preliminary ruling in April 2016 in which they said Google had market shares exceeding 90 percent in most European countries in the realm of licensable mobile operating systems. They said Google abused that share by forcing manufacturers to take its apps and by preventing them from selling altered versions of Android, which is technically open-source software.

At the time, the European Commission said it wanted to ensure that manufacturers are free to pre-install apps of their choosing and allow for competition in services such as internet search.

Google has opposed the Europeans' definition of the market, arguing its real competition is Apple, even though Apple doesn't license its iOS operating system to other device makers.

It also argues that it allows other apps to be pre-installed alongside Google apps, and that agreements not to support altered versions of Android enable it to provide a baseline experience on tens of thousands of different devices.

Functionally, preventing an altered version — or "fork" — of Android also prevents Samsung, a hugely popular maker of Android devices through its Galaxy line, from breaking off and taking much of the Android ecosystem with it.

Google argues that its main way of making money from Android is through advertising and the sale of content and apps, unlike Apple, which makes its profits from device sales. If its business activities are too harshly constrained, the argument follows, Google might no longer be able to provide Android for free to handset makers.