Many Apple Products on Amazon Are Fake

The company has found that nearly 90 percent of Apple products on Amazon.com are counterfeit. 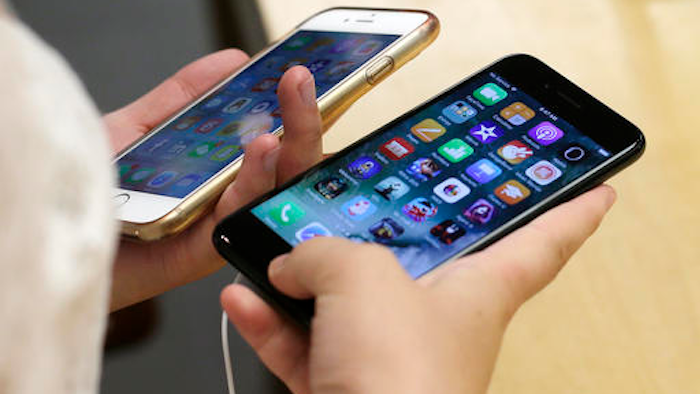 In this Sept. 16, 2016, file photo, Lisa Gao, from Chicago, compares a new jet black iPhone 7, right, with her iPhone 6 at an Apple Store in Chicago. Apple said in a lawsuit filed Monday, Oct. 17, 2016, that it has been buying Apple products labeled as genuine on Amazon.com and has found nearly 90 percent of them are counterfeit.
AP Photo/Kiichiro Sato, File

SAN FRANCISCO (AP) — Apple says it has been buying Apple products labeled as genuine on Amazon.com and has found nearly 90 percent of them to be counterfeit.

The revelation comes in a federal lawsuit filed by Apple against a New Jersey company on Monday over what Apple says are counterfeit chargers and cables for its products that were sold on Amazon.

In the lawsuit, Apple says Mobile Star imprinted Apple logos on products that "pose a significant risk of overheating, fire, and electrical shock." It says the chargers and cables were being sold on Amazon as genuine Apple products.

Apple says it purchased the products on Amazon and later told the online retailer that they were fake. Amazon then identified Mobile Star as the source.

Amazon Delivers to Your Car