The European Union's executive commission has trimmed its forecast for eurozone growth this year and next as uncertainty over trade conflicts and continued weakness in the auto industry hold back output. 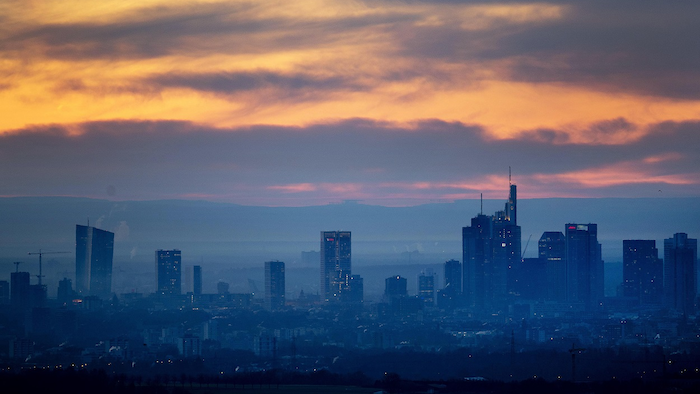 An orange sky is seen over the banking district of Frankfurt, Germany, on Tuesday, Feb. 26, 2019. Image credit: AP Photo/Michael Probst

FRANKFURT, Germany (AP) — The European Union's executive commission has trimmed its forecast for eurozone growth this year and next as uncertainty over trade conflicts and continued weakness in the auto industry hold back output.

The commission lowered its outlook for growth this year in the 19 countries that use the euro to 1.2 percent from 1.3 percent in its previous forecast in February. The forecast for next year was reduced to 1.5 percent from 1.6 percent.

The commission said that domestic demand alone was keeping Europe's upswing going in its seventh year, thanks to a strong job market, muted inflation and low borrowing costs.

Europe is heavily dependent on trade and has felt the effects from slowing global commerce and the trade dispute between the U.S. and China.