Britain's Conservative government and opposition Labour Party have a duty to strike a compromise Brexit agreement to end months of political deadlock over Britain's exit from the European Union, Prime Minister Theresa May said Sunday. 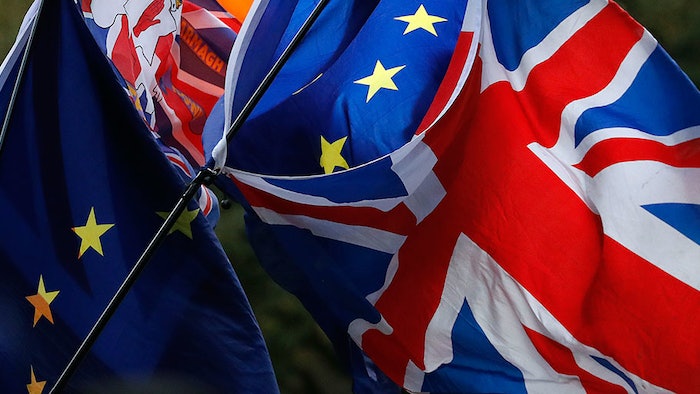 Writing in the Mail on Sunday newspaper, May told Labour leader Jeremy Corbyn: "Let's do a deal."

The prospect of a cross-party compromise has alarmed many Conservatives, and May acknowledged that it was "not what I wanted, either."

"But we have to find a way to break the deadlock — and I believe the results of the local elections give fresh urgency to this," she wrote.

The Conservatives are desperate to move forward after losing hundreds of positions in last week's local authority elections. Labour also suffered losses as voters punished both main parties for the Brexit impasse.

Almost three years after Britain voted to leave the EU, the date and terms of Brexit remain uncertain. The U.K.'s departure date has been postponed from March 29 until Oct. 31 because May has been unable to get British lawmakers to approve her divorce deal with the EU.

But suggestions that May's government might make a deal that accepts Labour's demand for close economic ties with the EU have infuriated pro-Brexit Conservatives, who are demanding May's resignation.

"We have to make a change," former Conservative leader Iain Duncan Smith told LBC radio. "The message was loud and clear that, since March 29, people have decided they are absolutely furious with the political class."

Labour Party politicians are wary about making a deal that could be seen as helping the archrival Conservatives deliver Brexit. Many party members and lawmakers want Labour to support a new, second referendum on Britain's EU membership that could reverse voters' 2016 decision to leave.

They point to big gains in the local elections for the anti-Brexit Liberal Democrats and Green Party as evidence the public would welcome a second referendum.

Labour economy spokesman John McDonnell said Sunday the party would "come to an agreement if we can" with the Conservatives.

But he also said the governing party couldn't be trusted, after details of the negotiations appeared in the press.

Asked on BBC television if he trusted May, McDonnell said: "No, sorry, not after this weekend when she's blown the confidentiality" of the talks.

He said Labour would only agree to a Brexit deal that included a permanent customs union with the EU to avoid barriers to trade. The government wants a looser relationship with the bloc that would let Britain strike new trade deals around the world.

"We're dealing with a very unstable government," McDonnell said. "It's (like) trying to enter into a contract with a company that's going into administration and the people who are going to take over are not willing to fulfil that contract. We can't negotiate like that."