A financial shockwave ripped through Turkey on Friday, when its currency nosedived on concerns about its economic policies and a dispute with the U.S., which President Donald Trump stoked further with a promise to double tariffs on the NATO ally. 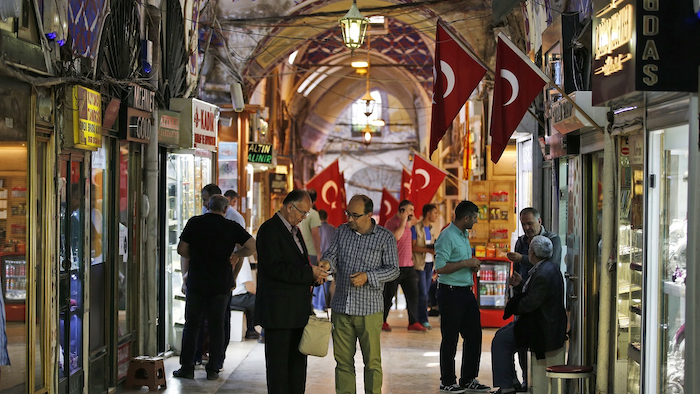 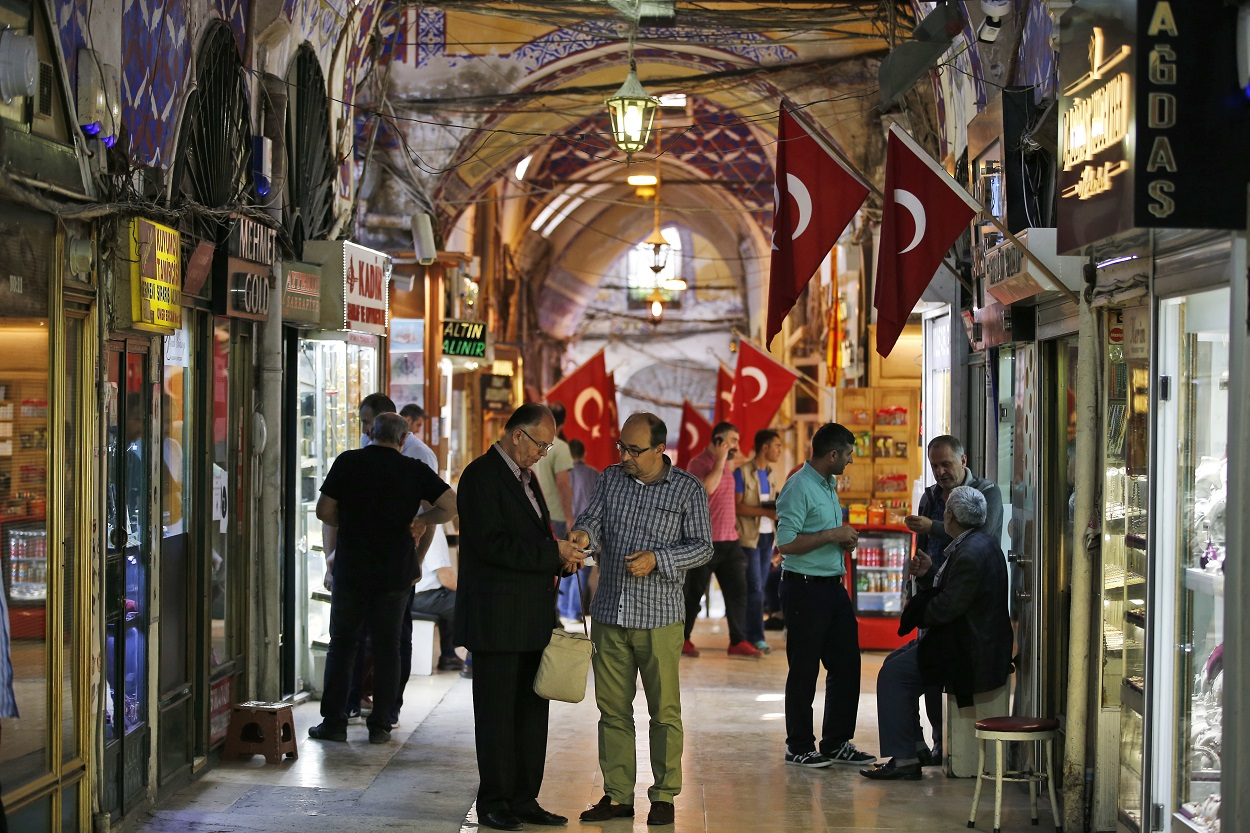 A financial shockwave ripped through Turkey on Friday, when its currency nosedived on concerns about its economic policies and a dispute with the U.S., which President Donald Trump stoked further with a promise to double tariffs on the NATO ally.

The lira tumbled 14 percent in one day, to 6.51 per dollar, a massive move for a currency that will make the Turkish poorer and further erode international investors' confidence in the country.

The currency's drop — 41 percent so far this year — is a gauge of fear over a country coming to terms with years of high debt, international concern over President Recep Tayyip Erdogan's push to amass power, and a souring in relations with allies like the U.S.

The diplomatic dispute with the U.S. was one of the triggers that turned market jitters into a full-blown route this week.

Turkey has arrested an American pastor and put him on trial for espionage and terror-related charges linked to a failed coup attempt in the country two years ago. The U.S. responded by slapping sanctions on Turkey and threatening more.

The sides held talks in Washington this week but failed to resolve the spat, and Trump took advantage of Turkey's turmoil on Friday to turn the screws on the country.

Trump tweeted that he had authorized the doubling of steel and aluminum tariffs "with respect to Turkey."

Trump said the tariffs on aluminum imports would be increased to 20 percent and those on steel to 50 percent as the Turkish Lira "slides rapidly downward against our very strong Dollar!"

"Our relations with Turkey are not good at this time!" he wrote.

The United States is the biggest destination for Turkish steel exports with 11 percent of the Turkish export volume. The lira fell further after Trump's tweet.

In what appears to be a diplomatic riposte, Turkey later said Erdogan had held a phone call with Russian President Vladimir Putin to discuss economic ties. It did not disclose details, but suggests Turkey might gravitate further away from its NATO allies toward cooperation with Russia, whose relations with the West are at their lowest since the Cold War.

Turkey's woes have been aggravated by investor worries about the economic policies of Erdogan, who won a new term in office in June with sweeping new powers.

Erdogan has been putting pressure on the central bank to not raise interest rates in order to keep fueling economic growth. He claims higher rates lead to higher inflation — the opposite of what standard economic theory says.

Independent analysts argue the central bank should instead raise rates to tame inflation and support the currency.

In modern economies, central banks are meant to be independent of governments to make sure they set policies that are best for the economy, not politicians. But since adopting increased powers, Erdogan appears to have greater control over the bank as well.

Erdogan on Friday appealed for calm and called on people to change foreign money into local lira.

"Change the euros, the dollars and the gold that you are keeping beneath your pillows into lira at our banks. This is a domestic and national struggle."

He appeared to blame foreigners for trying to hurt Turkey, saying: "This will be my people's response against those waging an economic war against us."

On Thursday, Erdogan said "If they have their dollar, we have the people, we have Allah."

The defiant tone and war rhetoric only hurt the lira more, before Erdogan's finance chief and son-in-law, Berat Albayrak, tried to ease investor concerns during a conference, saying the government would safeguard the independence of the central bank.

"One of our principles will be ensuring the full independence of monetary policy," Abayrak said as he outlined his ministry's "new economic model."

The currency drop is particularly painful for Turkey because the country finances a lot of its economic growth with foreign money. As the currency drops, Turkish companies and households with debt in foreign currencies see the cost of repaying those loans expand.

Coupled with an inflation rate of nearly 16 percent, that could cause severe damage to the local economy.

Foreign investors could be spooked and try to pull their money out, reinforcing the currency drop and potentially leading to financial instability.

Aylin Ertan, a 43-year-old caterer in Ankara, said she was concerned over the future of her small business.

"The price of the food that I buy increases day by day, the fuel that I put in my car to distribute lunches is more expensive, but I cannot raise my prices from one day to the next," she said. "On some days, I end the day with a loss."

Turkey's woes also shook world markets, pushing down stock indexes. The euro sagged to a 13-month low against the dollar on concerns that European banks operating in Turkey could suffer losses.

But analysts say that while there may be losses at some banks, Turkey's economic problems do not pose a big threat to Europe or other big economies like the United States.

Alleging food safety issues, the protests decried ending Taiwan's long-standing ban on US pork and beef imports that due to be lifted in January.
Nov 23rd, 2020

Officials said operating the massive telescope is too dangerous given the significant damage it recently sustained.
Nov 20th, 2020

Japanese astronaut Soichi Noguchi — only the third person to launch aboard all three — said the Dragon “really wanted to go to space.”
Nov 20th, 2020

The Pirs spacewalking module will be removed and junked to make room for the long-delayed Nauka research lab.
Nov 19th, 2020

Several other retailers were implicated in the investigation.
Nov 19th, 2020

Xi Says China Won't Separate from US, Europe Despite Tension

The spat has prompted fears that world markets might split into smaller segments with incompatible industry standards.
Nov 19th, 2020

The government said a "green industrial revolution" could create up to 250,000 jobs in energy, transport and technology.
Nov 18th, 2020

The company hopes to begin deploying the vaccine before the end of the year.
Nov 18th, 2020

The Dragon capsule docked after a 27-hour, completely automated flight from Kennedy Space Center.
Nov 17th, 2020
Follow Us
Most Recent