Emirati Minister of State Sultan al-Jaber says the fund will support development in sectors of mutual interest, such as conventional and renewable energy, infrastructure, technology and advanced manufacturing. 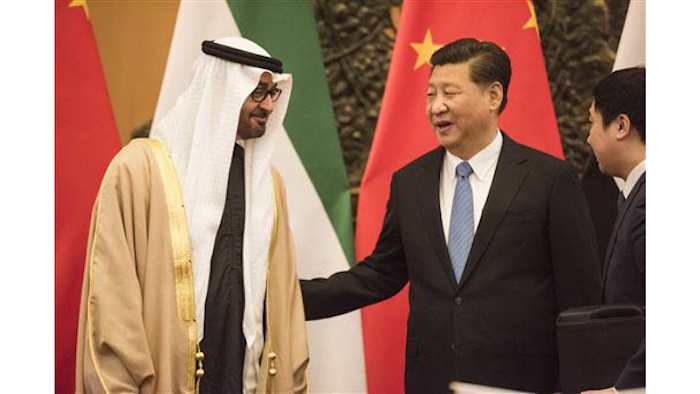 Emirati state news agency WAM said the accord was one of several bilateral agreements signed in Beijing on Monday during a visit by the Abu Dhabi crown prince, Sheikh Mohammed bin Zayed Al Nahyan.

Emirati Minister of State Sultan al-Jaber says the fund will support development in sectors of mutual interest, such as conventional and renewable energy, infrastructure, technology and advanced manufacturing.

The company will provide spare parts, material and engineering support for an entire fleet of helicopters.
May 23rd, 2022

Heineken is one of the largest brewers on the planet — but that's not enough in the current market.
May 23rd, 2022

It will also produce vehicle batteries.
May 23rd, 2022

The tunnel is part of a mountainous highway tunnel system that was under construction.
May 23rd, 2022

Air Force planes were used because no commercial flights were available.
May 23rd, 2022

The only other time Boeing’s Starliner flew in space, it never got anywhere near the station.
May 23rd, 2022

Digi-Key was recognized for its sales results, customer service, breadth of product and digital presence.
May 20th, 2022

Such cases have met with mixed success.
May 20th, 2022
Follow Us
Most Recent