Trump-Europe Trade Rift: What Was Settled, and What Wasn't?

To the relief of many, the United States and Europe have agreed to avert a trade war over autos and to work toward removing other barriers to trade. 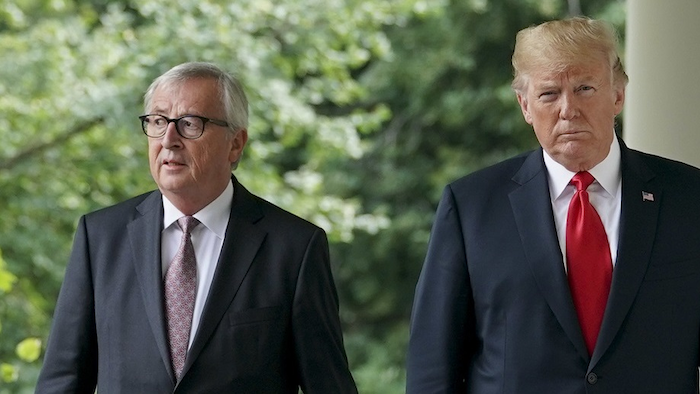 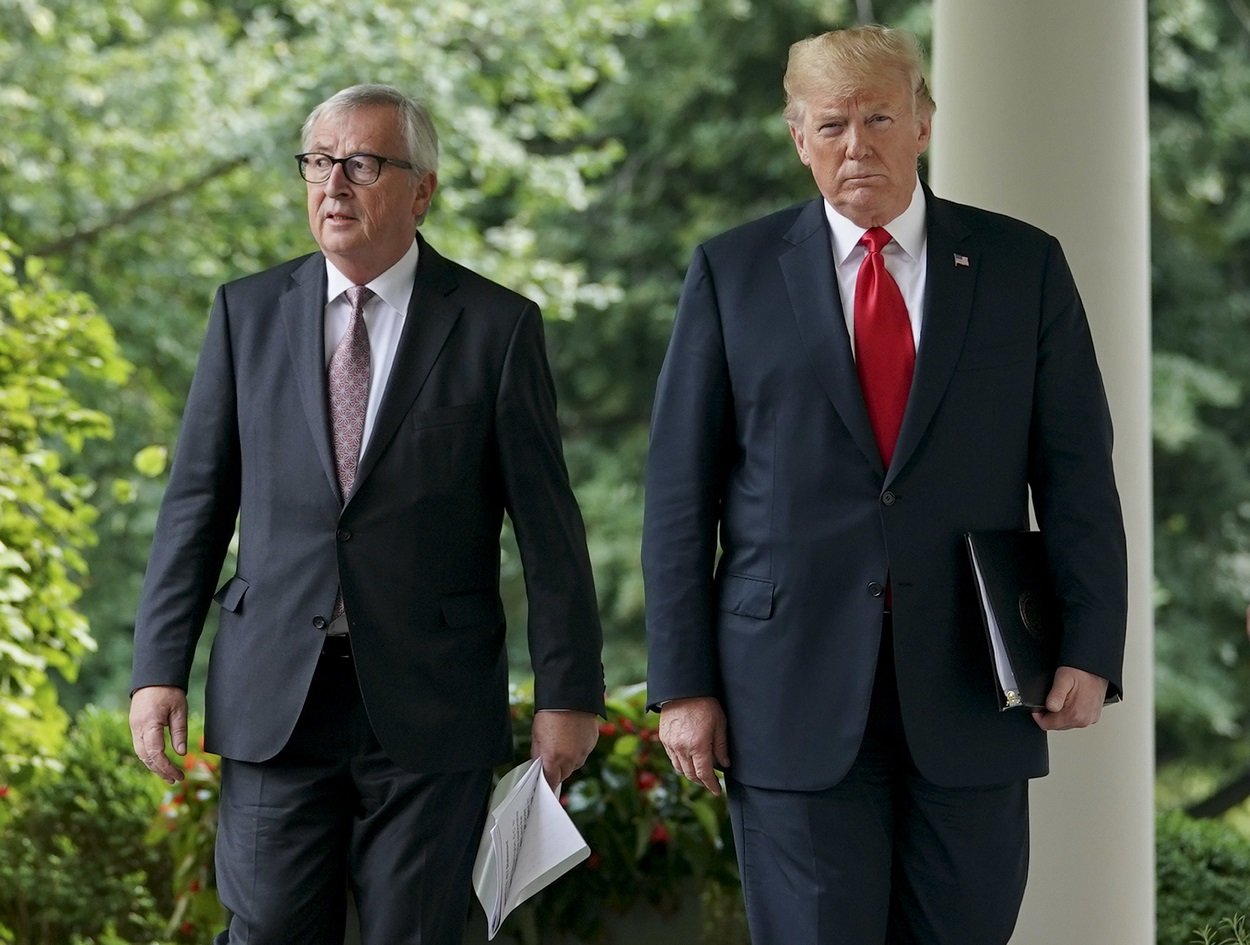 To the relief of many, the United States and Europe have agreed to avert a trade war over autos and to work toward removing other barriers to trade.

Yet the truce reached Wednesday by President Donald Trump and European Commission President Jean-Claude Juncker after a White House meeting produced few details and no commitments. And it didn't begin to address other Trump-led trade conflicts, notably with China, that have already hurt many U.S. companies.

Still, the news that the United States was at least temporarily holding off on taxing imported cars, trucks and auto parts from the European Union calmed fears on both sides of the Atlantic. The easing of tensions was warmly embraced after a drumbeat of intensely belligerent rhetoric from both sides.

"It's not clear at this point where all this is going and how long it will last," Simon Lester, a trade specialist at the Cato Institute, wrote on the libertarian think tank's blog Thursday. "But one day of trade peace is nice after months of harsh rhetoric and escalating tariffs."

Here's a look at what Trump-Juncker meeting achieved — and what it didn't.

What did Trump and Juncker agree to?

Most important, they agreed to suspend a looming trade war over autos. Trump has threatened 20 percent to 25 percent tariffs on imported vehicles and auto parts, which he has labeled a threat to America's national security. The EU has been readying retaliatory taxes on U.S. products. Now, those tariffs are on hold as long as the U.S. and EU keep talking in good faith.

Trump had faced a backlash against his threatened auto tariffs on Capitol Hill, especially from lawmakers whose constituents would stand to suffer. Sens. Doug Jones, D-Ala., and Lamar Alexander, R-Tenn., introduced legislation that would delay the tariffs by requiring the independent International Trade Commission to first conduct a study of the auto industry.

The U.S. and EU also agreed to start talks intended to achieve "zero tariffs" and "zero subsidies" on non-automotive industrial goods. And the EU agreed to buy more U.S. soybeans and to build more terminals to import liquefied natural gas from the United States.

The two sides said they would seek to resolve a dispute over steel and aluminum. The U.S. has imposed tariffs on the metals, again justifying the action on national-security grounds. These tariffs — effectively a tax on imports — have hurt many American manufacturers that require imported steel and aluminum to build cars, boats, machines and many other goods. The EU has counterpunched with tariffs on U.S. products.

Wednesday's meeting raised at least the prospect that those tit-for-tat tariffs would be lifted. But it's hardly assured. No firm dates were set for future talks on the U.S. steel and aluminum tariffs. And Trump, who has frequently changed course for little apparent reason, could always decide that the tariffs should remain in effect after all.

Is the agreement getting good reviews?

Most analysts were relieved that the U.S. and EU had pulled back from the brink of automotive tariffs. But most were also underwhelmed by the lack of detail or formal commitments.

If history is a guide, the U.S.-EU talks on freer trade could stall as the union's 28 member states register objections to specific market-opening proposals and U.S. companies start raising demands on the negotiators.

"These things become Christmas trees with everybody hanging things on them," said Philip Levy, a senior fellow at the Chicago Council on Global Affairs and a former White House trade adviser. Levy cautioned that it would be "wildly unrealistic" to expect a big breakthrough on U.S.-EU trade.

It's also possible that the mercurial Trump could grow impatient with progress and hit Europe with auto tariffs after all. In May, analysts recall, Treasury Secretary Steven Mnuchin announced a cease-fire in a trade war with China after Beijing — like the EU on Wednesday — had agreed to buy more U.S. soybeans and liquefied natural gas. The truce lasted just days. In the end, Trump, retreating in the face of criticism that he had gone soft on China, declared the hostilities back on again.

Moreover, even before Wednesday's agreement, the EU was likely to buy more U.S. soybeans. That's because China, by far the largest market for the crop, has imposed retaliatory tariffs on U.S. soybeans, causing sales to shrink. So the Chinese are buying up all the Brazilian and Argentinian soybeans they can in the interim, leading to expectations that the EU would buy more from the U.S. Still, the EU's purchases won't come close to making up for Beijing's cutback in purchases of U.S. soybeans.

Where does this leave other disputes between the U.S. and its trading partners?

The Trump-Juncker rapprochement did nothing to resolve America's conflicts with the rest of the world. Other trading partners — including Canada, Japan, Mexico and South Korea — still face the threat of auto tariffs, which could land as early as September. The reverberations would be enormous: The EU accounted for just 22 percent of U.S. auto imports last year; Canada and Mexico combined for 47 percent.

The U.S. steel and aluminum tariffs remain in place. And the United States is still locked in trade war with China. The Trump administration has imposed tariffs on $34 billion in Chinese goods in a dispute over Beijing's high-tech industrial policies and has threatened to eventually target $500 billion. China has struck back with duties on soybeans and pork, among other products, affecting Midwest farmers in a region that supported Trump in his 2016 campaign.

On Wednesday, Trump and Juncker raised the prospect of presenting a united front to China — demanding that Beijing curb overproduction, reduce subsidies for Chinese companies and act to protect foreign intellectual property.

"If the West is not nipping at each other, they can turn toward China," said Timothy Keeler, a lawyer and former chief of staff for the U.S. Trade Representative.