China Says US Companies Should Lobby Washington Over Trade 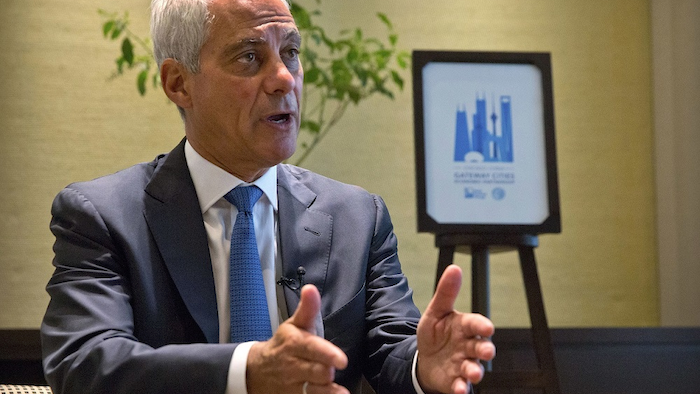 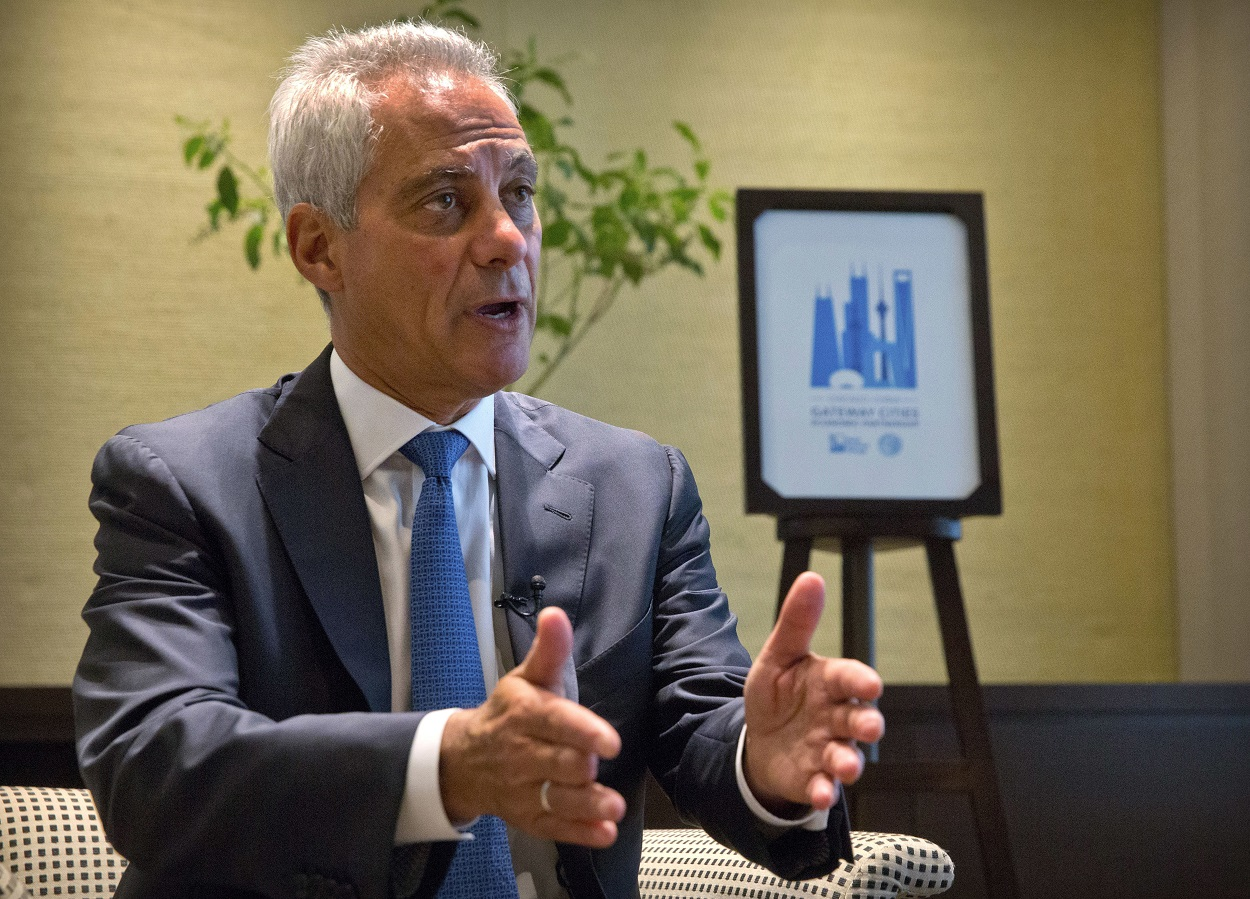 Beijing and Washington have yet to resume negotiations over the dispute that led to tariff hikes on each other's goods last week, said a spokesman for the Chinese Commerce Ministry.

"We hope American companies do more to lobby the U.S. government and work hard to safeguard their own interests," said Gao Feng at a news conference.

While some U.S. companies and lawmakers have criticized Trump's tactics, Gao's statement was an unusually direct attempt to rouse domestic American opposition. Beijing frequently rejects foreign comments about its own policies as improper interference in its affairs.

Gao gave no details. His remark about lobbying was missing from an official transcript on the ministry's website, suggesting officials recognized its potential sensitivity.

The Trump administration imposed a 25 percent tariff on $34 billion of Chinese goods Friday in response to complaints Beijing steals or pressures companies to hand over technology. Beijing responded by imposing similar duties on the same amount of imports from the United States.

Washington announced a second possible round of tariff hikes Tuesday targeting a wider range of $200 billion of goods. Beijing vowed "firm and forceful measures" in response, but China's lopsided trade balance means it cannot match the full scale of American tariff hikes. That has prompted concern regulators might expand retaliation to trying to hamper operations of American companies in China.

Chinese leaders have tried to deflect criticism by pointing to the benefits of trading with the world's second-largest economy, a theme Gao repeated Thursday. He noted Tesla Inc.'s announcement this week of plans to build a factory in Shanghai.

China has a "great potential consumer market that is steadily more open," said Gao. "We will continue to improve the business environment."

As for negotiations, he said, "the two sides have not been in touch about re-starting talks."

At the heart of the dispute is Chinese policies including "Made in China 2025," a sweeping strategy that calls for state-led development of local champions in robots, biotech and other fields. American officials say such development strategies are based on improperly obtained technology and might threaten U.S. industrial leadership.

Communist leaders have resisted pressure to roll back strategies they see as a path to prosperity and global leadership.

In a separate statement Thursday, the Commerce Ministry tried anew to rally support from other governments, warning that Trump was threatening world trade and prosperity.

Governments including Germany and France have resisted Chinese appeals to ally against Washington. They have criticized Trump's tactics but share American complaints about Beijing's market barriers and industrial policy.

"The United States wages a trade war not just against China but against the whole world, endangering the global economy," said the statement. It said China was forced to take action to "defend the multilateral trading system"

It denounced as slander a report Tuesday by the U.S. Trade Representative that concluded Beijing violates its trade commitments by improperly obtaining technology.

Rules on auto manufacturing, pharmaceuticals and other industries compel foreign companies to work through state-owned partners, which requires them to share know-how with and train potential competitors. However, the statement said such transfers are voluntary.

Meanwhile, the labor union for Hyundai Motor Co. warned a downturn in U.S. auto imports due to Trump's threatened tariffs could force the company to curtail work at its Alabama factory opened in 2005.

The Department of Commerce is investigating whether auto imports from Europe, South Korea, Japan and other U.S. allies pose a threat to national security and should be limited.

The union said in the event of a downturn, its contract requires Hyundai to idle factories abroad before those in South Korea.

The union said in a statement that the Alabama factory could be the first one shut down, putting American jobs at risk. The plant employs 3,500 people.

"The cumulative tariffs that both countries are beginning to implement will harm each other's economies and jobs," said John Frisbie, president of the U.S.-China Business Council, which represents American companies that do business in China, in a statement.

Frisbie called for the two governments to "stop the needless escalation of a tariff war and start working on solutions" to complaints about Chinese technology policies.

Also this week, Chicago Mayor Rahm Emanuel visited Beijing on a mission to try to lock in a $1.3 billion deal for a Chinese company to assemble rail cars in his city.

Emanuel met with Vice President Wang Qishan, China's commerce minister and executives of the Chinese railway manufacturer. The mayor said he was committed to the project but gave no indication whether the Chinese company had given him reassurances about its status.

"They wanted to communicate, obviously, that this is not their preference," Emanuel told The Associated Press on Thursday. "They would rather work something out, but they're not scared if this is where it goes."

The Associated Press erroneously reported that 20,000 jobs at an Alabama Hyundai plant could be at risk if the U.S. imposes higher auto tariffs. The plant employs 3,500 people.