Canada Tariffs on US Goods from Ketchup to Lawn Mowers Begin

Canada began imposing tariffs Sunday on $12.6 billion in U.S. goods as retaliation for the Trump administration's new taxes on steel and aluminum imported to the United States. 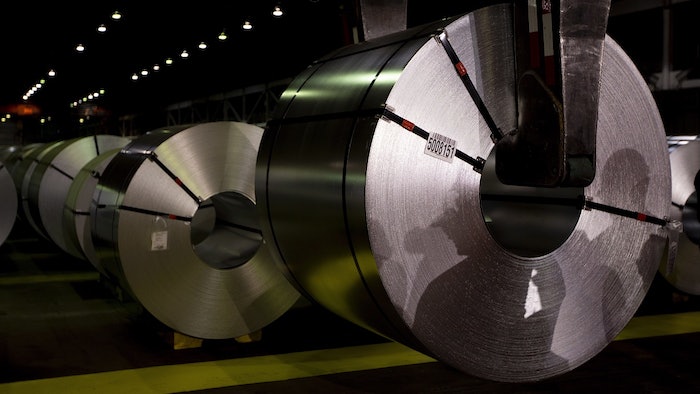 In this June 29, 2018, file photo, shadows of workers are cast on rolls of coated steal at Stelco in Hamilton, Ontario. Image credit: Peter Power/The Canadian Press via AP, File

Canada began imposing tariffs Sunday on $12.6 billion in U.S. goods as retaliation for the Trump administration's new taxes on steel and aluminum imported to the United States.

Some U.S. products, mostly steel and iron, face 25 percent tariffs, the same penalty the United States slapped on imported steel at the end of May. Other U.S. imports, from ketchup to pizza to dishwasher detergent, will face a 10 percent tariff at the Canadian border, the same as America's tax on imported aluminum.

Trump had enraged Canada and other U.S. allies by declaring imported steel and aluminum a threat to America's national security and therefore a legitimate target for U.S. tariffs. Canada is the United States' second-biggest trading partner in goods, just behind China.

The selection of Leamington, known as Canada's tomato capital, was no accident. The town is home to a food-processing plant that supplies tomato paste and other products to French's, a major competitor of Kraft Heinz. Heinz left Canada and sold its Leamington plant in 2014, after 105 years of Canadian operations.

The new Canadian tariffs, which took effect at 12:01 a.m. Sunday, are hitting a long list of U.S. consumer goods, including ketchup and other Kraft Heinz products.

As part of his combative America First approach, Trump has repeatedly attacked the trade policies of the United States' northern neighbor, citing Canada's triple-digit tariffs on dairy products, which account for only about 0.1 percent of U.S.-Canada trade. The United States, in fact, last year enjoyed a $2.8 billion overall trade surplus with Canada.

Trump has also tried to pressure Canada and Mexico into agreeing to rewrite the 24-year-old North American Free Trade Agreement to shift more auto production and investment to the United States. But that effort has stalled, and Trump said Sunday that he didn't expect a deal that he could support until after the U.S. midterm elections in November.