Mexico Readies For Worst As 4th Round Of NAFTA Talks Open 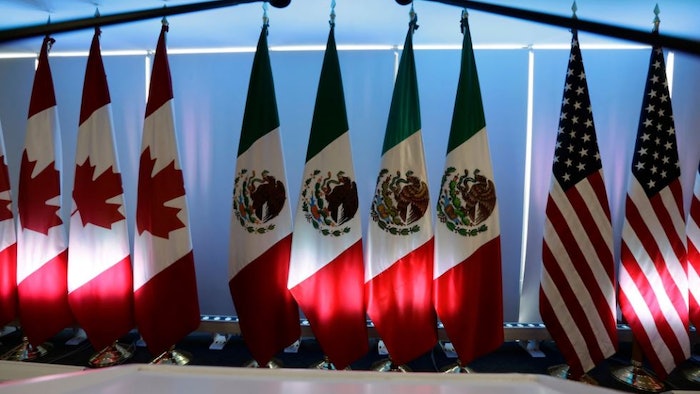 Mexico appeared to be preparing for the worst as the fourth round of talks on the North American Free Trade Agreement were opening in Washington on Wednesday.

Videgaray said leaving NAFTA would increase tariffs by an average of about 3.5 percent for the 44 percent of Mexican exports that use NAFTA trade preferences. He said tariffs would increase by more — around 7 percent — for U.S. businesses exporting to Mexico.

"An abrupt exit from NAFTA would be more of a loss for U.S. exporters than for Mexican ones," he said.

Thomas J. Donohue, President of the U.S. Chamber of Commerce, appeared to share the sense of threat, saying "We've reached a critical moment, and the Chamber has had no choice but to ring the alarm bells."

"The U.S. business community will stand up for an important agreement that makes North America stronger and more prosperous," Donohue said at a speech in Mexico City on Tuesday.

Alfredo Coutino, Latin America director at Moody's Analytics, wrote in a report that the probability of a breakup of the 1994 trade agreement has increased.

"U.S. negotiators have made conditions so tough that Mexico and Canada could reject them, which would be the perfect excuse for the U.S. government to announce its departure from NAFTA," Coutino wrote. "Among conditions demanded by the U.S. are a significant increase in regional content — particularly U.S. content — in the region's exports, a uniform upper limit for government purchases, some restrictions to agriculture products coming to the U.S. from Mexico and Canada, and the elimination of the chapter on resolution of controversies."

The big question for the United States would be whether Mexico would continue to cooperate on security and migration issues if NAFTA is dissolved. Mexico currently catches and returns many Central American immigrants who enter the country seeking to reach the United States. And Mexico has closely cooperated with U.S. law enforcement agencies fighting drug cartels in Mexico.