The Yellowstone supercomputer currently ranks among the 60 fastest in the world. The new supercomputer will be at least 2 1/2 times more powerful. 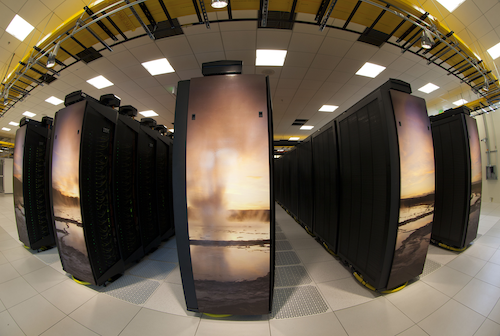 The ends of the Yellowstone supercomputer racks feature an image mosaic of the namesake park. (Image credit: University Corp. for Atmospheric Research/Carlye Calvin)

One of the most powerful computers in the world dedicated to climate change, weather and other earth science research will be replaced in 2017 by an even faster machine, officials announced Monday.

The Yellowstone supercomputer in Wyoming currently ranks among the 60 fastest in the world. The new supercomputer, to be named Cheyenne, will be at least 2 1/2 times more powerful, the National Center for Atmospheric Research said.

Capable of 5.3 quadrillion calculations, or petaflops, per second, Cheyenne will be some 100,000 times faster than a typical home computer. The speed provides unprecedented detail in climate-change predictions, including regional modeling of effects, the center said.

A more powerful computer will allow researchers to see results in higher resolution, like a higher density of pixels sharpens images on a television or a stronger telescope brings a greater number of far-off galaxies into focus, explained Rich Loft, the center's director of technology.

Scientists since 2012 have been using the Yellowstone supercomputer near Cheyenne for a range of research that also includes modeling air pollution and ocean currents.

The atmospheric research center plans to install Cheyenne later this year and put it to work early next year. Questions it might help answer include:

— Is the California drought a fluke or due to global climate change?

— Can scientists predict the intensity of solar flares — streams of radiation released by the sun that can endanger satellites and astronauts — during an upcoming solar cycle?

— How might climate change increase the likelihood of drought and change the extent of arctic sea ice from decade to decade? 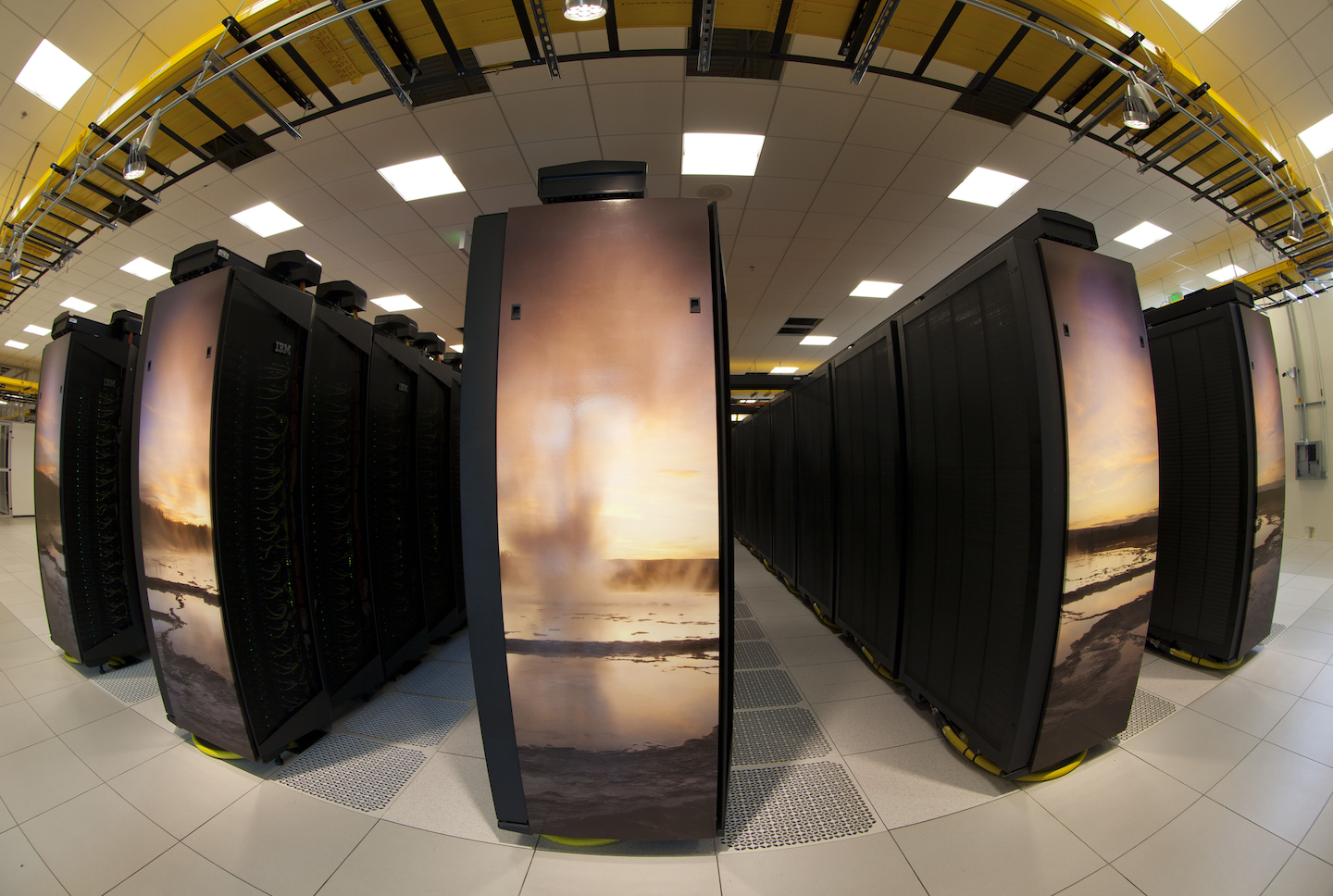 The ends of the Yellowstone supercomputer racks feature an image mosaic of the namesake park. (Image credit: University Corp. for Atmospheric Research/Carlye Calvin)

The Yellowstone computer, located in a business park a few miles west of Cheyenne, put Wyoming's capital on the map as a potential technology hub. Facilities including a huge Microsoft data center have set up nearby since the center opened.

The old machine won't shut down when the new one boots up. The computers will be side-by-side for much of next year but won't operate in direct coordination.

Time and bandwidth on supercomputers typically gets divvied up among researchers and rarely goes to a single project at a time.

"The machine is usually working on dozens of problems at the same time in a kind of mix of jobs that are running on it. Some of those jobs might take a quarter of the machine. Others might take only 1 percent," Loft said.

More than 2,200 scientists from more than 300 universities and federal labs have used Yellowstone since 2012.

Officials moved to replace the first Yellowstone computer so quickly because of the rapid pace of technology.

"Things get better, faster cheaper. That's the whole story of computers," Loft said. "Certainly you know, if you have a phone, it starts to feel clunky after a few years."

The Cheyenne supercomputer will be about three times as efficient as Yellowstone, using 90 percent as much electricity but taking up to a third as much space. The machine will be built by Milpitas, California-based Silicon Graphics International Corp.

The Pennsylvania plant will close at the end of June.
Associated Press
Apr 2nd, 2020

Economists had expected a bigger drop in the US manufacturing index but predict it will signal more weakness in April.
Apr 1st, 2020

SMBs: When Will Aid Arrive?

With bills fast coming due, no end to business closings and an economy that's all but shut down, owners are worried about survival.
Joyce M. Rosenberg
Mar 31st, 2020

The unrest called attention to mounting discontent among low-wage workers who are on the front lines of the pandemic.
Alexandra Olson
Mae Anderson
Mar 31st, 2020

Huawei is at the center of tensions with Washington over China's technology ambitions and possible spying.
Joe McDonald
Mar 31st, 2020

The ruling Communist Party is trying to revive the world’s second-largest economy after declaring victory over the coronavirus.
Associated Press
Mar 31st, 2020

Germany Says Rebound May Be Quick

The base scenario is a V-shaped recovery, with a sharp downturn and quick rebound.
Associated Press
Mar 30th, 2020

Moon Bases Made of Urine

A team of researchers has a solution and it involves a 3D printer, moon dust, water (from lunar ice) and astronaut urine.
Unit 202 Productions
Eric Sorensen
David Mantey
Mar 30th, 2020