China Labor Watch, a Hong Kong group, said this week that Foxconn, which employs some 1.2 million people in China, employed students aged 16 to 18 in its factories. It cited employees as saying some wanted to leave but were compelled by their schools to stay. 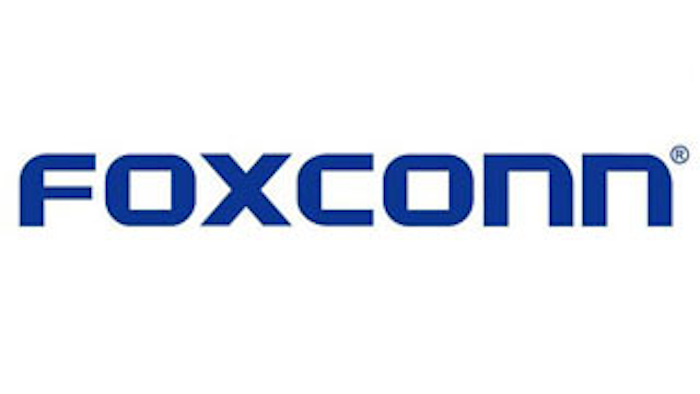 BEIJING (AP) — The company that manufactures Apple's iPhones has responded to an accusation that vocational students are forced to work in its Chinese factories by saying Wednesday its agreement with their schools allows them to leave.

China Labor Watch, a Hong Kong group, said this week that Foxconn, which employs some 1.2 million people in China, employed students aged 16 to 18 in its factories. It cited employees as saying some wanted to leave but were compelled by their schools to stay.

Foxconn, owned by Taiwan's Hon Hai Precision Industry Co., said it takes interns from vocational schools who work for one to six months in its facilities. It said students are picked by their schools, are at least the minimum Chinese legal working age, receive the same wages as entry-level employees and are accompanied by teachers who monitor them throughout the program.

Foxconn's agreement with schools says "students are free to leave the internship program at any time," the company said in a written response to questions.

Foxconn, owned by Taiwan's Hon Hai Precision Industry Co., has faced complaints in the past about wages and working hours. It raised minimum pay and promised in March to limit hours after an auditor hired by Apple found Foxconn employees regularly were required to work more than 60 hours a week.

Foxconn makes iPhones and iPads for Apple Inc. and also assembles products for Microsoft Corp. and Hewlett-Packard Co. It has factories in the southern city of Shenzhen, in Chengdu in the west and in Zhengzhou and Taiyuan in central China.

Conditions in factories in China are a sensitive issue for foreign brands that outsource production of shoes, consumer electronics and other goods to local contractors.

Apple's auditor, the Fair Labor Association, said in August that improvements it recommended in March at Foxconn factories were being carried out ahead of schedule.

That included verifying student interns' ages, making sure their work was relevant to their education and having them work no more than eight hours per day and five days per week.

The FLA said its investigation in February found 46 interns at Foxconn's Longhua factory in the southern city of Shenzhen, near Hong Kong, but none were under 18. It said no interns were found at another Shenzhen factory or at a facility in the western city of Chengdu.

China Labor Watch, based in New York City, cited a message from an unidentified Foxconn employee that said the employee saw female students quarreling with a teacher.

"I want to go back to school. I don't want to work here anymore! Why do you force us to work in this remote place!" one student was quoted as saying.

The review by the FLA followed about a dozen suicides at Foxconn facilities since 2010 and an explosion at an iPad assembly facility in Chengdu in May 2011 that killed four workers.

As for Foxconn's general workforce, China Labor Watch said despite a recent pay hike, employees might take home less because allowances for food, housing and social welfare fees might change. It said exactly how much they will make was unclear.

Foxconn said Wednesday there was no change in other payments, so net pay would be "significantly higher." It noted the monthly base wage was above the government-required minimum of 1,080 yuan ($171).

"Claims that the net pay that workers receive following deduction of subsidies has reduced is inaccurate," the statement said.

The group said an investigation of six Samsung-owned factories and two suppliers in China found some employees worked more than 100 hours of overtime per month. It said safety measures such as providing workers with protective clothing were not followed.

Samsung said it would review working conditions and acknowledged some problems may have arisen due to production demands.

Facebook said it believes the computer will be the fastest in the world.
Jan 25th, 2022
Follow Us
Most Recent