Wisconsin Gov. Tony Evers said in a letter his office released Tuesday that Foxconn Technology Group approached the state last month about wanting to renegotiate its contract for a project that could yield the global electronics giant more than $4 billion in state and local tax credits. 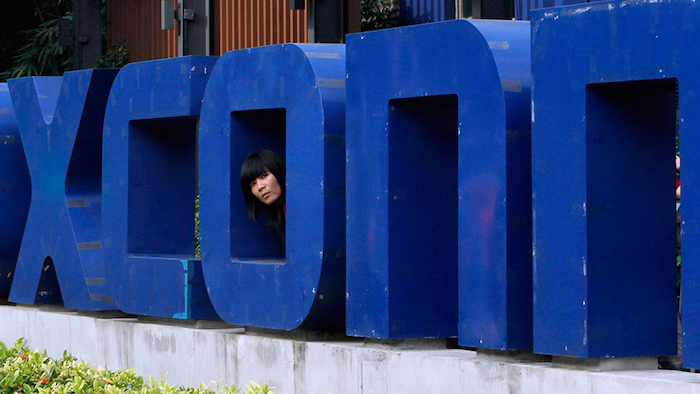 MADISON, Wis. (AP) — Wisconsin Gov. Tony Evers said in a letter his office released Tuesday that Foxconn Technology Group approached the state last month about wanting to renegotiate its contract for a project that could yield the global electronics giant more than $4 billion in state and local tax credits.

Evers said for the first time last week that the state was renegotiating the deal with Foxconn. That led Republican legislative leaders to accuse Evers, a critic of the project near Racine, of attempting to undermine it.

But in a letter to Foxconn executive Louis Woo, Evers said it was Woo who first raised the idea of renegotiating the contract during a meeting in March. Evers wrote that he wanted to clarify their conversation.

"You indicated that Foxconn intends to suggest several changes to the existing agreement to better align the terms with the evolving project and global marketplace," Evers wrote. "To my knowledge, this was the first time either Foxconn or the State of Wisconsin had mentioned amending or changing the agreement approved in 2017."

Evers also wrote that Woo had briefed Republican Senate Majority Leader Scott Fitzgerald and Assembly Speaker Robin Vos on his intention to seek changes to the deal. Both Vos and Fitzgerald last week said Evers was trying to undermine the deal, but neither of them said anything about a conversation with Woo.

"I met with Louis Woo for 30 minutes and there was no discussion about opening up the contract for renegotiation, just general discussion about Foxconn's expansion and growth," Fitzgerald said.

Vos said he's proud of the contract that the Wisconsin Economic Development Corp. and Walker administration negotiated with Foxconn and accused Evers of playing to his liberal base.

"If Evers wants to change it, the taxpayer protections need to remain," Vos said. "Credits should be earned and not given away."

Evers said in the letter that the state was identifying areas where there could be "greater flexibility and transparency as the project continues to evolve." Evers has not offered details and did not spell out any in the letter.

Earlier Tuesday, Wisconsin Economic Development Corp. Secretary and CEO Mark Hogan defended the original agreement, calling it a "solid contract with the company." He spoke with reporters following a state Senate committee hearing during which he declined to answer a question from a lawmaker about contract renegotiations.

Under the original deal, Foxconn can receive about $3 billion in state tax credits if it employs 13,000 people and spends about $9 billion on a display screen manufacturing campus near Racine, in southeastern Wisconsin. With local incentives, the value of the deal to Foxconn exceeds $4 billion, the largest government subsidy to a foreign corporation in U.S. history.

President Donald Trump has heralded the project as the "eighth wonder of the world" and came to Wisconsin last summer for the groundbreaking.

But Foxconn missed its hiring minimum to receive job tax credits in 2018 and has scaled back the size of the factory it plans to build. Evers, a Democrat, campaigned against Republican Gov. Scott Walker as a critic of the Foxconn deal, saying taxpayers were on the hook for too much money and the deal needed to be renegotiated.

Evers said last week that it was unrealistic to think Foxconn would employ 13,000 people as it originally promised, given that the size of the factory had been reduced, and that the contract may have to be updated to reflect the smaller scale of the project.

Hogan emphasized that the contract awards most of its credits to Foxconn only after the company meets hiring and capital investment benchmarks.

Hogan, in a break from Evers, also suggested that the 13,000 employment target was still within reach.

"They continue to make that commitment," Hogan said of Foxconn. 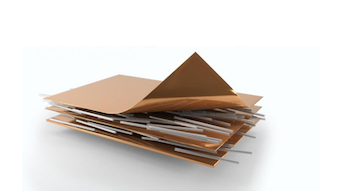 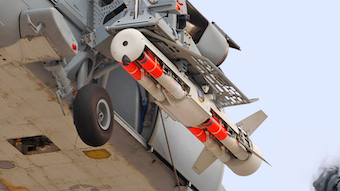 BAE Gets $111M to Make Mine Neutralizers for US Navy

Archerfish is a remote-controlled underwater mine neutralizer that can be launched and operated from a ship, helicopter or unmanned underwater vehicle.
Sep 21st, 2020 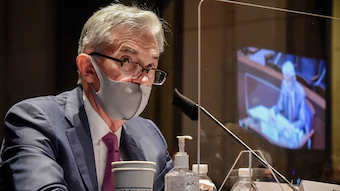 Fed Signals Interest Rate to Remain Near Zero Through 2023 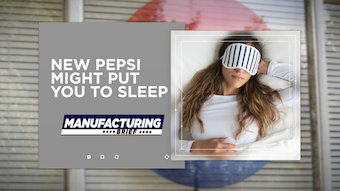 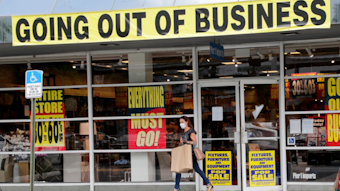 Despite millions in government loans and grants, it’s estimated that hundreds of thousands of companies have already failed.
Sep 17th, 2020

The restructuring eliminated more than $8 billion of the company's debt and liabilities.
Sep 17th, 2020

It will allow a small number of entrepreneurs to pitch their products directly to Lowe’s.
Sep 16th, 2020