Going Green: States Would Get Free Hand Under Pot Bill

Oregon Sen. Ron Wyden proposed legislation Friday that would give states a free hand to allow legal cannabis markets without the threat of federal criminal intervention, the latest push in Congress to bolster the nation's burgeoning pot industry. 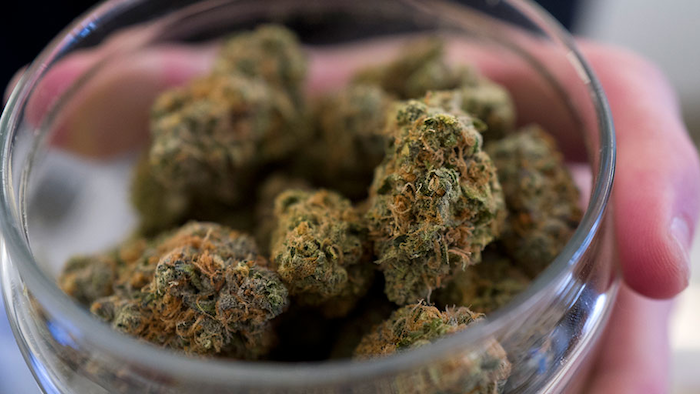 Oregon Sen. Ron Wyden proposed legislation Friday that would give states a free hand to allow legal cannabis markets without the threat of federal criminal intervention, the latest push in Congress to bolster the nation's burgeoning pot industry.

The proposal, identical to a bill in the House, aims to ease the longstanding conflict between states where cannabis is legal in some form and the U.S. government, which categorizes marijuana as a dangerous illegal drug, similar to LSD or heroin.

"The federal prohibition of marijuana is wrong, plain and simple," Wyden, a Democrat, said in a statement. "Too many lives have been wasted, and too many economic opportunities have been missed."

It remains unclear if Wyden's bill would have a chance of clearing the Republican-controlled Senate.

The Democratic majority in the House appears more open to considering proposals to ease federal restrictions on marijuana. The chamber has set a hearing next week on a bill intended to make banking services more widely available for pot companies.

A proposal similar to Wyden's previously languished in the Senate and House.

However, Rep. Earl Blumenauer, an Oregon Democrat carrying the current bill in the House, said voters have "elected the most pro-cannabis Congress in American history." 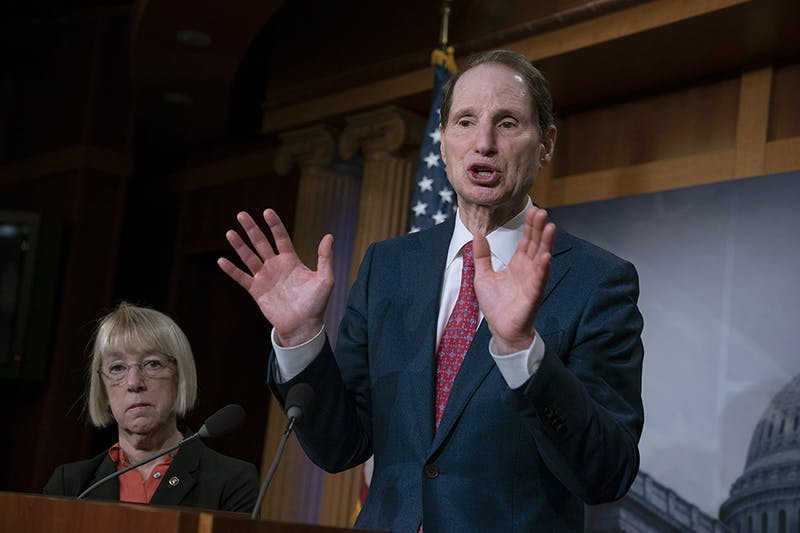 In this Dec. 19, 2018, file photo, Sen. Ron Wyden, D-Ore., joined at left by Sen. Patty Murray, D-Ore., speaks during a news conference to press Congress to intervene on behalf of the Affordable Care Act, after a federal judge in Texas ruled it unconstitutional, on Capitol Hill in Washington. Wyden has proposed legislation that would give states a free hand to allow legal marijuana markets without the threat of federal criminal intervention. (AP Photo/J. Scott Applewhite, File)

"It's tough to see how things will shake out, but there is a very serious chance cannabis policy reform will move in the Senate," said Morgan Fox of the National Cannabis Industry Association.

Most Americans live in states where pot can be legally purchased for medical or recreational use, and the move to loosen federal restrictions on marijuana came as the issue has played into the emerging 2020 presidential campaign.

The proposal would take marijuana off the federal controlled substances list, and remove federal criminal penalties for individuals and businesses acting in compliance with state marijuana laws.

It would also reduce barriers for legal marijuana businesses to get access to banking.

The bill is part of a three-bill package: A second would impose a tax on marijuana products similar to federal excise taxes on alcohol, while a third would allow state-legal marijuana businesses to claim tax deductions and credits.

Justin Strekal, political director of the pro-legalization group NORML, said in a statement that the proposal is another sign of the "growing public support for ending our failed war on cannabis consumers."

Former House Speaker John Boehner, who sits on the board of cannabis company Acreage Holdings, on Friday announced the formation of an industry-backed lobbying group that would push for national marijuana reforms.