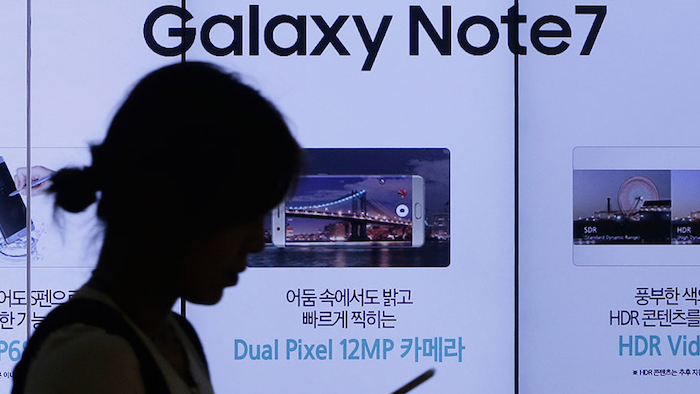 The Galaxy Note FE phone will go on sale in South Korea on Friday at 700,000 won ($611), about three quarters of its original price, the company said late Sunday.

Samsung said the Note FE has "perfect safety" — unlike the recalled versions that were found to be prone to overheating and catching fire.

The supply will be limited to 400,000 units. Overseas sales plans will be determined later, the company said in a statement.

The original Note 7 was one of the biggest black eyes in Samsung's history. When it was launched in August 2016, the Note 7 was Samsung's answer to Apple's upcoming iPhone. It was also one of the most expensive Samsung phones with the price starting at $850.

After reports emerged that its batteries were prone to overheat and catch fire, Samsung recalled the phone in less than a month of its launch and released another one with replaced batteries. The second batch also tended to overheat, prompting Samsung to discontinue the Note 7.

The debacle dealt a blow to Samsung's corporate image. Aviation authorities around the world banned the pricy phone on flight and photos of scorched Note 7 circulated on social media. Samsung spent billions of dollars to recall the Note 7 and fix its damaged brand.

The company released investigation results that blamed flaws in design and production of batteries supplied by two battery makers.

After the recall of millions of Note 7 phones, environmental activists have pressured the South Korean tech giant to reuse the electronics parts to reduce waste. Samsung said the Note FE is part of its effort to minimize waste.

Like the previous Note series, the Note FE, short for "Fan Edition," features a jumbo screen measuring 5.7 inches (14.48 centimeters) diagonally and a stylus.