A Des Moines woman who claims she was subjected to racial slurs by co-workers, including finding a doll whose face was painted black hanging outside her home with threats to quit her job at Deere & Co., has filed a discrimination lawsuit against the company.

DES MOINES, Iowa (AP) — A Des Moines woman who claims she was subjected to racial slurs by co-workers, including finding a doll whose face was painted black hanging outside her home with threats to quit her job at Deere & Co., has filed a discrimination lawsuit against the company.

Copa Burse, 48, said racial slurs were painted on her work locker at the Deere plant Ankeny, and that she was yelled at and taunted by co-workers. She claims the agriculture equipment manufacturer knew about the behavior but did nothing to stop it.

Her lawsuit also claims she was demoted last October but assured she'd be moved back up when business improved, yet a white worker without recall rights was later moved into her former position. Burse claims it was in retaliation for her previous civil rights complaints.

Deere spokesman Ken Golden said Tuesday that he couldn't discuss specific allegations in a pending lawsuit. But he said the Illinois-based company "does not tolerate any conduct that creates a discriminatory, intimidating or hostile workplace."

"Deere strives through its policies, supervision and training to provide a work environment that is free from unlawful discrimination and harassment," Golden said, adding that the company investigates employee complaints and takes action if needed.

Burse, who is black, filed the lawsuit Oct. 15 in Polk County District Court after getting approval to do so from the Iowa Civil Rights Commission. She has worked at the plant, which primarily makes equipment used in cotton production, since 2010 in such roles as operating a forklift and unloading equipment.

She found the doll hanging on her garage door, beneath racially motivated threats indicating she should leave her job, when she arrived home from working a night shift in July 2011. Police investigated the incident as a hate crime, and it garnered widespread media attention in Iowa, though no arrests were made.

She also claims in the lawsuit that other black employees have endured similar incidents and have been increasingly filing complaints, and in reaction Deere has been hiring more black workers "as a means to cover the pattern of discrimination, or perhaps, it its own way, try to remedy it." 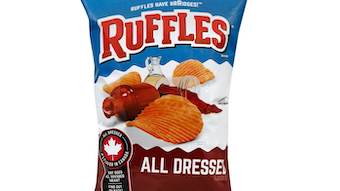 Frito-Lay Recalls Ruffles Sold at Sam's Club in Southeast US

The company's Ruffles All Dressed Potato Chips may contain undeclared milk.
May 6th, 2021

Ford and BMW invested millions in a developer of sulfide solid-state battery technology.
May 6th, 2021

Proponents argue sharing the technology would help speed the end of the pandemic.
May 6th, 2021

The automaker is diverting chips from smaller vehicles to full-size pickups, big SUVs and new electric vehicles.
May 6th, 2021

The decision comes less than a month after the company denied the machines were dangerous.
May 6th, 2021

Single manufacturers will now build the chassis, parts and bodies, but each OEM also has the flexibility to make the shell look like the Camaros, Mustangs and Camrys sold to consumers.
May 6th, 2021

With special traction and ground clearance features, these vehicles can climb over rocks that would leave regular trucks or SUVs stuck, stranded or broken.
May 5th, 2021

Treasury officials are urging Congress to pass either a new borrowing limit or another suspension of the debt before the looming deadline.
May 5th, 2021

The U.S. banned Top Glove shipments due to allegations of forced labor, and just seized a shipment at a Cleveland port.
May 5th, 2021
Follow Us
Most Recent