Part of the consideration is where any new solar farms, gas-fired plants or battery systems would be located. 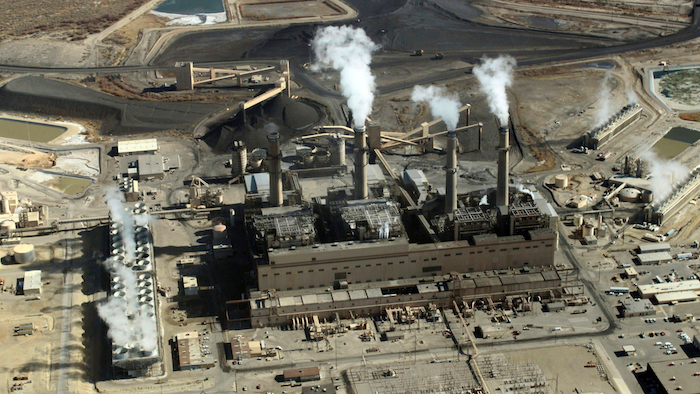 ALBUQUERQUE, N.M. (AP) — Solar panels with the capacity to produce hundreds of megawatts of electricity and back-up battery storage systems would be installed in northwestern New Mexico to replace the coal-fired San Juan Generating Station under one alternative that will be considered by state regulators.

Hearing examiners with the state Public Regulation Commission issued the recommendations Wednesday in a case that has been fraught with protests, political power struggles and legal battles.

The recommendations offer a starting point for the commission as it considers what mix of solar, battery storage and possibly natural gas it will require Public Service Co. of New Mexico to install to make up for what the utility will lose when it divests itself from the San Juan power plant in 2022.

Part of the consideration is where any new solar farms, gas-fired plants or battery systems would be located, as millions of dollars in taxes and other revenue that help fuel the local school district and other government services are expected to evaporate with the planned closure of San Juan.

The hearing examiners said the resources being considered by the commission should be evaluated as a portfolio and not just as separate projects. They repeatedly highlighted the traditional considerations of cost and reliability and the new mandates of the energy transition law that involve the environment and requirements for utilities to be emissions-free by 2045.

“The consideration will require a balancing of interests which will involve policy judgments. Overall, the portfolio should provide a net public benefit,” the hearing examiners stated.

Camilla Feibelman with the Sierra Club's Rio Grande Chapter, said the commission has an opportunity to replace San Juan with 100% renewable energy and back-up battery systems. She said building new natural gas plants that would have to be retired before 2045 wouldn't make sense.

The city of Farmington and others have been working to keep San Juan open as part of a proposed carbon-capture project. The U.S. Department of Energy recently awarded $2.7 million for an engineering study to further investigate the feasibility.

Whether that project comes to fruition will affect how much Public Service Co. of New Mexico ends up spending on decommissioning of the plant, reclamation and severance and job training for workers at San Juan and the adjacent coal mine that feeds it. Those are costs that the utility will be allowed to recoup from bonds that would be paid back by customers.

The commission's hearing examiners have proposed two alternative approaches given the factors that regulators have to balance — environmental effects, location, cost and reliability.

The first approach focuses on locating the new resources within the Central Consolidated School District in the Farmington area, with a second emphasis on the environmental benefits of those resource. The cost has to be reasonable, but the hearing examiners indicated that it can be outweighed by the other considerations.

That would involve building 650 megawatts of solar and 300 megawatts of battery storage resources, which would include a $447 million capital investment within the boundaries of the school district. More solar and battery capacity would be erected in McKinley County and on the Jicarilla Apache reservation in Rio Arriba County.

The second approach is centered on cost and would clear the way for solar, battery storage and natural gas projects to be located elsewhere in the state.