Hopes that the tech industry was on the cusp of rolling personal robots into homes are dimming now that several once-promising consumer robotics companies have shut down. 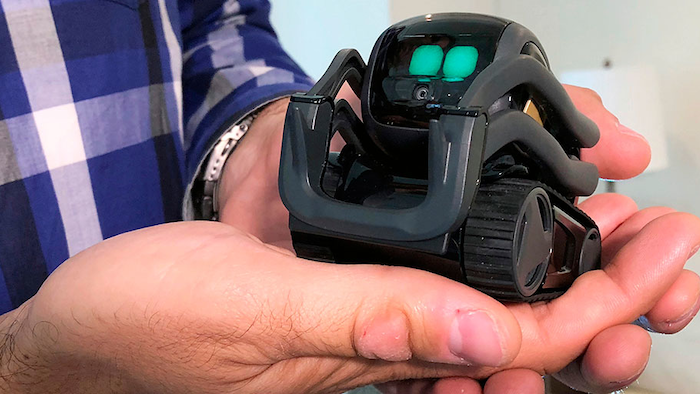 Hopes that the tech industry was on the cusp of rolling personal robots into homes are dimming now that several once-promising consumer robotics companies have shut down.

The latest casualty was San Francisco startup Anki, maker of the playful toy robot Cozmo, which upon its release in 2016 seemed like the start of a new wave of sociable machines.

That dream ended this week when Anki CEO and co-founder Boris Sofman gathered many of the company's nearly 200 employees to deliver the news that all of them would be laid off Wednesday. The bad news soon spread to fans and owners of Cozmo and its newer cousin Vector, unveiled last year in an effort to appeal to grown-ups.

"Cozmo was the first robot that felt almost alive," said David Schaefer, a programmer and robot enthusiast in Portland, Oregon, who was so enamored with the feisty machine that he created a "Life with Cozmo" channel on YouTube that's attracted millions of viewers. One of the most popular videos, called "Unrequited Love," documents Cozmo's awkward interactions with a guinea pig.

Anki's demise was part of a string of failed efforts to launch life-like robots into the market. Boston-based Jibo, founded by one of the pioneers of social robotics, went out of business less than a year after its curvy talking speaker made the cover of Time Magazine's "best inventions" edition. Another startup, California-based Mayfield Robotics, last year stopped manufacturing Kuri, a camera-equipped machine marketed as a watchful roving nanny.

None of them have been able to compete with immobile smart speakers made by Amazon, Apple and Google, which cost less than their more physically complex robotic counterparts but are powered by ever-improving artificial-intelligence systems that serve most users' needs.

"AI without a body has caught on really well," said Yan Fossat, head of the research lab at Toronto-based Klick Health, which is exploring social robotics in the medical field. "Physical robots, with a body to do something, are not really catching up." They cost too much for the marginal service they offer, he said.

Still, Anki got farther than most of its robotics hardware peers in appealing to the masses with an emotionally intelligent machine that cost hundreds of dollars less than Jibo, Kuri or Sony's robotic dog Aibo.

"You cannot sell a robot for $800 or $1,000 that has capabilities of less than an Alexa," Sofman told The Associated Press last year. He and other company leaders declined comment Tuesday, but a spokesman said the company was "exploring all options to keep our products functioning and cloud services running."

The company reported about $100 million in annual revenue in 2017, and as of last year had sold more than 1.5 million products, including its robots and the car-racing game Overdrive.

"It does feel a little devastating," said Schaefer, who this week started the Twitter hashtag #SaveAnki in hopes that a bigger tech company or toy maker might acquire it. "Anki took steps toward robotics that other companies haven't tried yet."

Tech industry analyst Carolina Milanesi was also saddened by Anki's demise, but a premonition of the company's fate was the Cozmo sitting idly on her daughter's nightstand for the past six months. The toy market is unforgiving, and Anki may have been unable to extend its reach beyond it, she said.

"There's hype at the beginning, you have very engaged kids, and then they move onto something else," Milanesi said. "Kids grow up. She's now 11 and 'Fortnite' is everything that matters to her in life."