French President Emmanuel Macron has called for trade discussions to be held between the U.S., Europe, China and Japan in November in Paris. 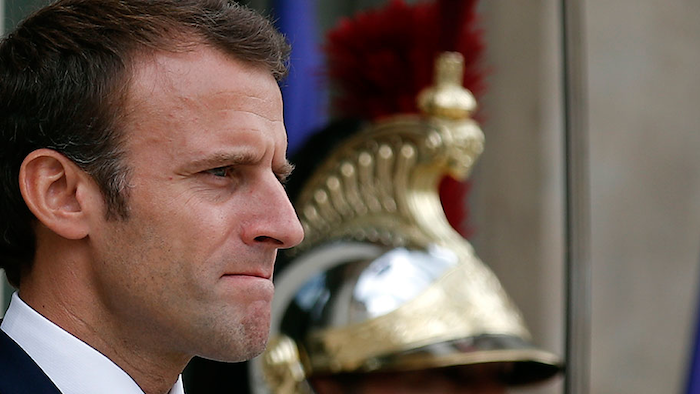 PARIS (AP) — French President Emmanuel Macron has called for trade discussions to be held between the U.S., Europe, China and Japan in November in Paris.

He proposed to organize a meeting on the issue on the margins of World War One commemorations on Nov. 11 in Paris, since he has invited dozens of world leaders to the event including U.S. President Donald Trump, who said he would come.

"I think we can build a fairer and more efficient system. I think we should not give in to one's hegemony and everyone's division", Macron said in a reference to Trump's trade policies to impose tariffs on countries like China.