China's Commerce Ministry on Thursday criticized a U.S. decision to launch a trade probe of Beijing's technology policy as an attack on the global trading system and said it will "resolutely defend" Chinese companies. 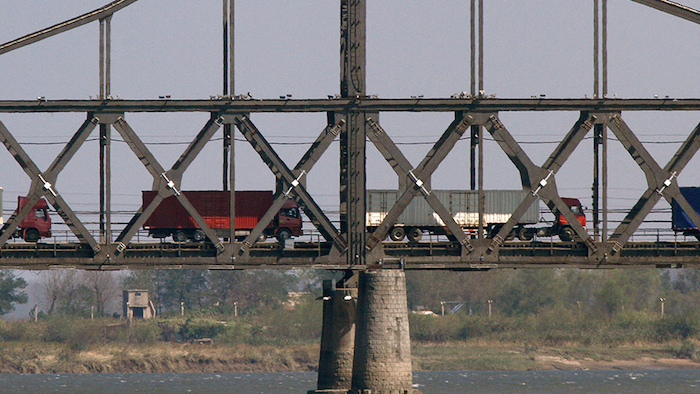 BEIJING (AP) — China's Commerce Ministry on Thursday criticized a U.S. decision to launch a trade probe of Beijing's technology policy as an attack on the global trading system and said it will "resolutely defend" Chinese companies.

The action improperly applies U.S. law instead of international rules and is "the destruction of the existing international trade system," said a ministry spokesman, Gao Feng, at a news briefing.

"We are strongly dissatisfied with this unilateral and protectionist practice and will take all necessary measures to resolutely defend the legitimate rights and interests of the Chinese side and Chinese enterprises," said Gao.

Beijing requires automakers and other foreign companies in China to work through joint ventures, usually with state-owned partners. They often are required to give technology to partners that might become competitors.

More than 20 percent of 100 American companies that responded to a survey by the U.S.-China Business Council, an industry group, said they were asked to transfer technology within the past three years as a condition of market access.

Foreign business groups complain companies are being squeezed out of promising Chinese markets or pressured to hand over technology for electric cars and other emerging industries.

Trump said in April he was setting aside trade disputes while Washington and Beijing worked together to persuade North Korea to give up nuclear weapons development. But American officials have resumed criticizing Chinese policy in recent weeks.

The chairman of Dawu Agriculture Group was arrested after trying to stop a state-owned enterprise from demolishing a company building.
Jul 16th, 2021

There could be 17.5 billion undiscovered barrels of oil and 148 trillion cubic feet of natural gas off Greenland.
Jul 16th, 2021

The donation comes as the richest man in the world prepares to fulfill his childhood dream of traveling to space.
Jul 14th, 2021

It's been a long and difficult road that started with many unknowns for both the state and the space tourism company.
Jul 13th, 2021

China has denied allegations of arbitrary detention and forced labor in the far western region of Xinjiang.
Jul 12th, 2021

The Key to Supply Chain Resiliency Could Be a Circular Approach

"Every time we continue with the take, make, waste model ... we perpetuate the depletion and unsustainability of supply chains."
Jul 4th, 2021
Follow Us
Most Recent