Group: 1,500 Factories To Be Inspected In Bangladesh

About 1,500 factories in Bangladesh are on track to be inspected by the end of August as part of a safety pact signed by more than 150 clothing brands and 20 countries, according to organizers of the pact. 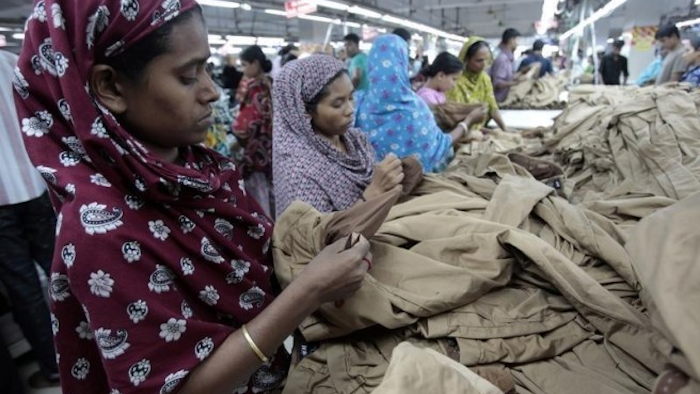 NEW YORK (AP) -- About 1,500 factories in Bangladesh are on track to be inspected by the end of August as part of a safety pact signed by more than 150 clothing brands and 20 countries, according to organizers of the pact.

In a conference call Monday, organizers said 10 pilot inspections were performed last November and December, and by the end of March, 250 inspections will have been completed.

The first 10 inspection reports will be available online Tuesday. A media briefing will be held in Dhaka that day.

The legally binding agreement, signed last May, was created in response to a building collapse on April 24, 2013, that killed more than 1,100 garment workers and was the deadliest disaster to hit Bangladesh's garment industry.

China's Exports Up Despite Virus

US Customs will use its authority to block products suspected of being produced with forced labor.
Jan 13th, 2021

Even before the coronavirus hit, demand was hurt by consumer unease about possible job losses and Beijing's tariff war with the US.
Jan 13th, 2021

At least 160 divers were deployed to find the recorder that holds conversations between pilots.
Jan 13th, 2021

China Vows to Defend Itself Over Labor Measures

The U.K. is demanding companies' supply chains are free of forced labor from the Xinjiang region.
Jan 13th, 2021

The new event is being called Motor Bella and will be held at a nearby race track with 1.6 million square feet of display space.
Jan 12th, 2021

The automaker has been operating in the South American country since 1919.
Jan 12th, 2021

The usual extravaganza of tech may portend the future of the virtual trade show.
Jan 11th, 2021

Geely's venture with Baidu will focus on intelligent and connected vehicles.
Jan 11th, 2021

Law Cracks Down on Shell Companies to Combat Corruption

The overhaul of money laundering laws is aimed at locating the proceeds from foreign bribery, drug trafficking and financing for terrorists.
Jan 11th, 2021

The overhaul of Google's ad data system could leave even less room for rivals.
Jan 8th, 2021
Follow Us
Most Recent