South Korean companies announced plans to import more American shale gas and build new factories in the U.S. as the two countries' leaders prepare to hold summit talks in Washington where trade is expected to be a key issue. 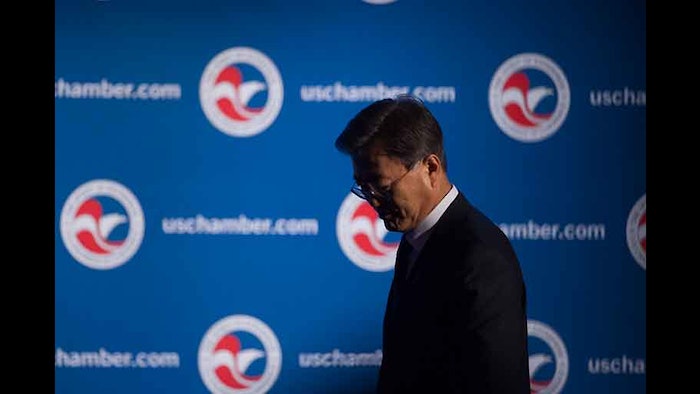 SEOUL, South Korea — South Korean companies announced Thursday plans to import more American shale gas and build new factories in the U.S. as the two countries' leaders prepare to hold summit talks in Washington where trade is expected to be a key issue.

South Korean businesses are highlighting investments and other plans that will help create jobs in the U.S. as the Asian country fends off criticism over a growing trade imbalance in its favor.

Electronics conglomerate Samsung Electronics said earlier this week it plans to spend $380 million to build a new home appliance factory in South Carolina. It also will spend $1.5 billion on its semiconductor plant in Texas. LG Electronics said it will put $250 million into building a new washing machine plant in Tennessee and $300 million on a new building in New Jersey.

The U.S. trade deficit with South Korea has nearly doubled since a bilateral trade agreement took effect in 2012, and Trump took aim at the trade deal while campaigning for president.

The White House official said Trump would call for the lifting of barriers to U.S. auto sales in South Korea and voice concern over steel exports from China that reach the U.S. via South Korea.