The operator of Japan's Fukushima nuclear plant said Thursday that plans to remove spent fuel from one of three damaged reactors will be further delayed because of high radiation. 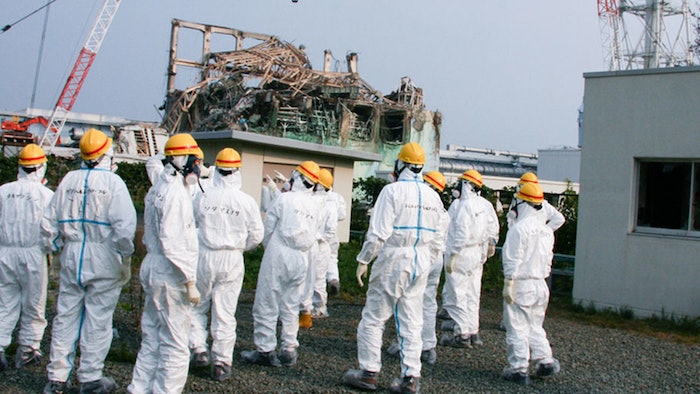 TOKYO — The operator of Japan's Fukushima nuclear plant said Thursday that plans to remove spent fuel from one of three damaged reactors will be further delayed because of high radiation.

Work to remove the spent fuel from a cooling pool at the Unit 3 reactor was to begin by March 2018 after a three-year delay. Tokyo Electric Power Co. plans to move tens of thousands of fuel rods out of the way before removing melted fuel that sits lower in the reactor.

The utility announced Thursday it will postpone the start until later in 2018 because it is taking longer to decontaminate the site and ensure workers' safety.

"Our priority is safety, even though it is important to set a goal," Naohiro Masuda, head of TEPCO's decommissioning unit, said in a video conference from Fukushima. "The delay is because we need time to thoroughly shield radiation to avoid exposure and other risks at the site."

TEPCO began to install a rooftop cover earlier this month on Unit 3 to prevent radiation from leaking out of the building during the fuel removal. The roof installation is expected to take about two years.

Plans for similar work at two other reactors also damaged by a massive 2011 earthquake remain set for fiscal 2020.

TEPCO is struggling with the decommissioning work, which is expected to take decades and cost billions of dollars a year.

In December, a government panel said the estimated cost of cleaning up the Fukushima plant has doubled to nearly 22 trillion yen ($190 billion), and is expected to continue to grow.

Also Thursday, TEPCO inserted a long pipe mounted with a tiny video camera into the Unit 2 reactor for a preliminary observation before sending in a remote-controlled "scorpion" robot for a more detailed examination of the interior next month. Masuda said officials hope the robot will be able to use a camera mounted on its tail to capture details of the debris from below.

A video taken Thursday with the pipe probe showed parts of the inside of the containment vessel and railings covered with rust and unidentified dark smears. The area of the core could not be seen because of steam and falling water drops, though TEPCO said no major obstacles such as broken parts were seen, meaning a passage for the "scorpion" is believed to be clear.