US Commerce Secretary: US, Europe Should Have Trade Accord

President Trump withdrew the U.S. from an agreement with nations around the Pacific, but the fate of a proposed trade deal with the EU has been less clear.

U.S. Commerce Secretary Wilbur Ross said Tuesday that the United States and the European Union should have a free trade agreement, and German Chancellor Angela Merkel called for work on such an accord to resume.

President Donald Trump has withdrawn the U.S. from an agreement with nations around the Pacific, the Trans-Pacific Partnership, but the fate of a proposed trade deal with the EU has been less clear. Merkel vowed recently not to give up on that accord, the Trans-Atlantic Trade and Investment Partnership.

Ross told a conference in Berlin attended by Merkel that the U.S. had made a "conscious decision not to walk away from TTIP" when it ditched the Pacific accord. That, he said, signaled Washington's receptiveness to trade negotiations with Europe.

"I stand before you tonight to say this in a more explicit fashion: we, as major trading partners of each other, should have a free trade agreement," Ross said. He addressed the event, organized by a group linked to Merkel's party, by video link after cancelling a trip to Berlin on short notice.

"In contrast to the behavior of some other nations, the relatively small number of trade disputes between our countries augurs well for the enforceability of any such agreement," Ross added.

The Trump administration sees "little point in negotiating treaties that will not be honored," he said. "We believe that we have in Europe a good counterparty with whom we have had, and will continue to have, productive discussions that benefit all."

He didn't specify when talks should be held on an accord.

Merkel, speaking after Ross, said that "we should resume work on a trade agreement between the EU and the United States."

"The multitude of problems that arise ... can only be dealt with in structured trade negotiations with each other," she said.

The Trump administration's "America first" approach to trade has caused widespread concern in Europe and beyond. Trump also has criticized Germany for its sizeable trade surplus with the United States. 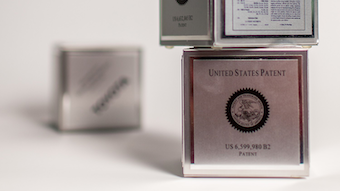