The bankruptcy of the Hanjin shipping line has thrown ports and retailers around the world into confusion, with giant container ships marooned. 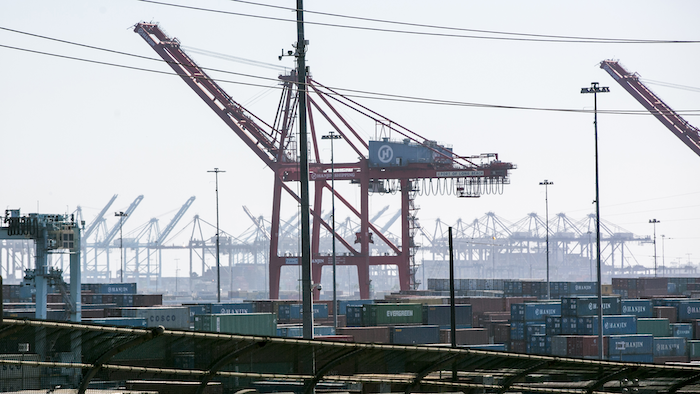 The South Korean giant filed for bankruptcy protection on Wednesday and stopped accepting new cargo. With its assets being frozen, ships from China to Canada found themselves refused permission to offload or take aboard containers because there were no guarantees that tugboat pilots or stevedores would be paid. (AP Photo/Damian Dovarganes)

The bankruptcy of the Hanjin shipping line has thrown ports and retailers around the world into confusion, with giant container ships marooned and merchants worrying whether tons of goods will reach their shelves.

The South Korean giant filed for bankruptcy protection on Wednesday and stopped accepting new cargo. With its assets being frozen, ships from China to Canada found themselves refused permission to offload or take aboard containers because there were no guarantees that tugboat pilots or stevedores would be paid.

"Hanjin called us and said: 'We're going bankrupt and we can't pay any bills — so don't bother asking,' " said J. Kip Louttit, executive director of the Marine Exchange of Southern California, which provides traffic control for the ports of Los Angeles and Long Beach, the nation's busiest port complex.

Three Hanjin container ships, ranging from about 700 feet to 1,100 feet (213 meters to 304 meters) long, were either drifting offshore or anchored away from terminals on Thursday. A fourth vessel that was supposed to leave Long Beach on Thursday morning remained anchored inside the breakwater.

The Seoul-based company said Friday that one ship in Singapore had been seized by the ship's owner. Hanjin Shipping spokesman Park Min did not confirm any other seizures.

As of Friday, 27 ships had been refused entry to ports or terminals, she said.

That left cargo headed to and from Asia in limbo, much to the distress of merchants looking to stock shelves with fall fashions or Christmas toys. "Someone from the garment industry called earlier today asking: 'How long is this going to go on, because I've got clothing out there,'" Louttit said.

The Korea International Trade Association said about 10 Hanjin vessels in China were seized or likely to be seized by charterers, port authorities or other parties.

Kim Byung-hoon, a director at the KITA, said the association had confirmed that about 10 Hanjin vessels also had been turned away from Chinese ports or were waiting offshore.

South Korea's maritime ministry said in a statement that Hanjin's troubles would affect cargo exports for two to three months, given that August-October is a high-demand season for deep-sea routes. It said 540,000 TEU of cargo already loaded on Hanjin vessels would face delays.

The National Retail Federation, the world's largest retail trade association, wrote to U.S. Secretary of Commerce Penny Pritzker and Federal Maritime Commission Chairman Mario Cordero on Thursday, urging them to work with the South Korean government, ports and others to prevent disruptions.

The bankruptcy is having "a ripple effect throughout the global supply chain" that could cause significant harm to both consumers and the U.S. economy, the association wrote. 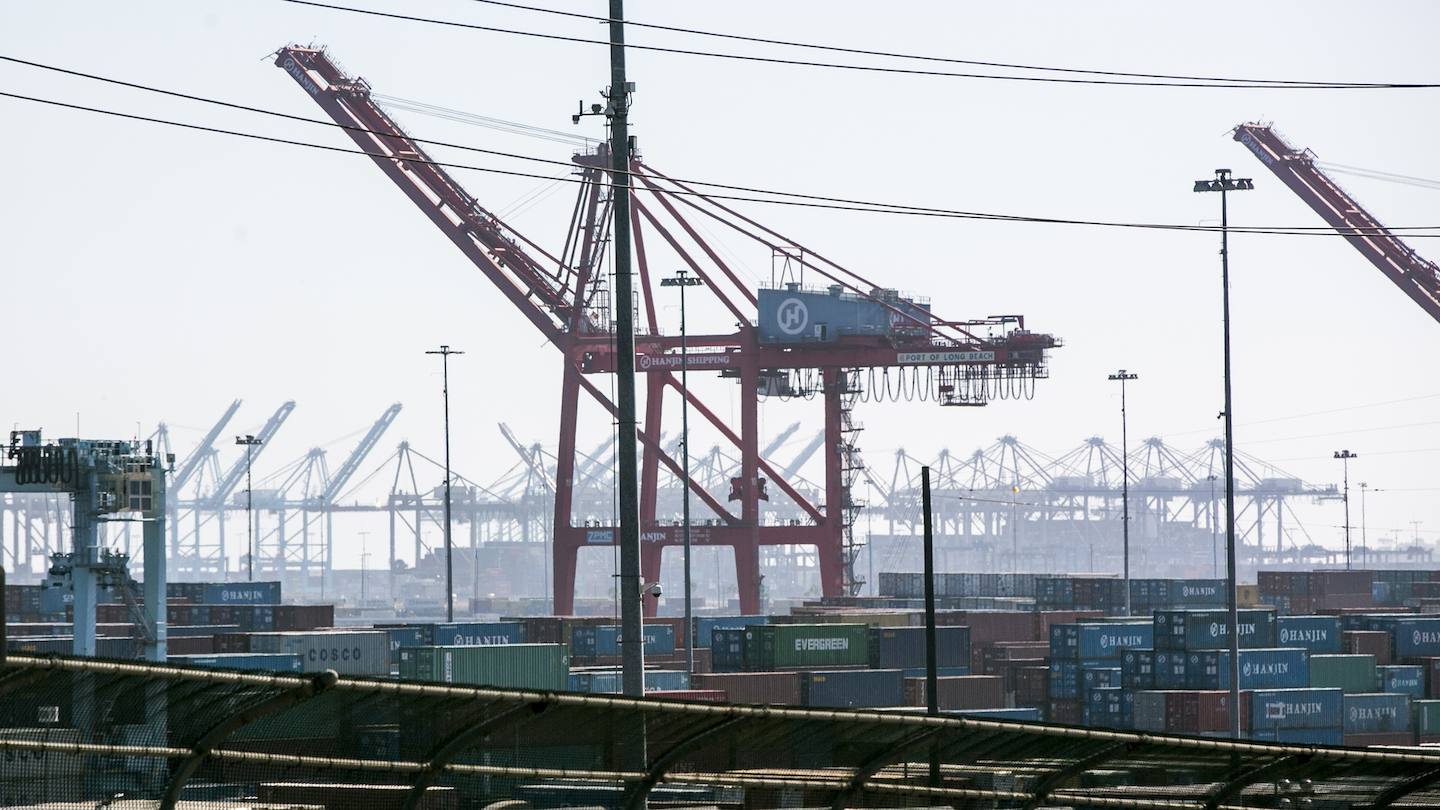 The South Korean giant filed for bankruptcy protection on Wednesday and stopped accepting new cargo. With its assets being frozen, ships from China to Canada found themselves refused permission to offload or take aboard containers because there were no guarantees that tugboat pilots or stevedores would be paid. (AP Photo/Damian Dovarganes)

"Retailers' main concern is that there (are) millions of dollars' worth of merchandise that needs to be on store shelves that could be impacted by this," said Jonathan Gold, the group's vice president for supply chain and customs policy. "Some of it is sitting in Asia waiting to be loaded on ships, some is already aboard ships out on the ocean and some is sitting on U.S. docks waiting to be picked up. It is understandable that port terminal operators, railroads, trucking companies and others don't want to do work for Hanjin if they are concerned they won't get paid."

The confusion might sink some trucking firms that contract with Hanjin to deliver cargo containers carrying everything from electronics to car parts from ports to company loading bays.

"They've got bills to pay — they could literally close their doors over this," said Peter Schneider, Fresno-based vice president of T.G.S. Transportation Inc.

Hanjin has been losing money for years. It filed for bankruptcy protection a day after its creditors, led by a state-run bank, refused to prop it up.

Other shipping lines may take on some of Hanjin's traffic but at a price. Since vessels already are operating at high capacity, shippers may wind up paying a premium to squeeze their cargo containers on board, said Jock O'Connell, international trade adviser to Los Angeles-based Beacon Economics.

The price of shipping a 40-foot container from China to the U.S. jumped up to 50 percent in a single day, said Nerijus Poskus, director of pricing and procurement for Flexport, a licensed freight forwarder and customs broker based in San Francisco.

Hanjin's bankruptcy was a major factor, he said, although rates also were affected by the upcoming Chinese National day holiday, which will close factories, and by shipping lines sidelining vessels to reduce overcapacity.

Global demand and trade have suffered since the 2008 recession, while steamship lines continued to build more and larger vessels — immense ships that were conceived as cost-effective when freight costs were higher several years ago.

But weaker trade and overcapacity have sent ocean shipping rates plunging in recent years. A few months ago, Poskus said, prices hit historic lows globally — down to as much as $600 per container from Shanghai to Los Angeles.

That wouldn't even cover fuel costs for the huge ships, he said.

Poskus expects the current spike in prices to last only a month or two. With about 5 percent of ships in the global trading fleet sitting idle, there is plenty of room to take over Hanjin's capacity and carriers already are discussing the possibility of adding ships, he said.

However, prices will have to rise somewhat in order to be sustainable, he said — perhaps to about $1,000 per container.