A brief filed with the U.S. Court of Appeals argues that the EPA overstepped its legal authority by regulating carbon dioxide emissions. 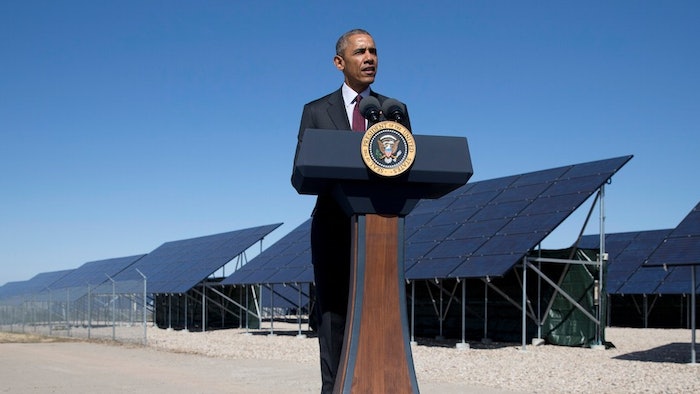 More than 200 members of Congress are backing a court challenge to President Barack Obama's plan to curtail greenhouse gas emissions.

A brief filed Tuesday with the U.S. Court of Appeals in Washington argues that the Environmental Protection Agency overstepped its legal authority by regulating carbon dioxide emissions.

About two dozen mostly GOP-led states have sued to stop the Clean Power Plan, which aims to slow climate change by cutting power-plant emissions by one-third by 2030. The Supreme Court has delayed implementation of the plan until the legal challenges are resolved.