Photos Of The Day: Beijing And Delhi Combat Pollution Crises, Use Different Methods 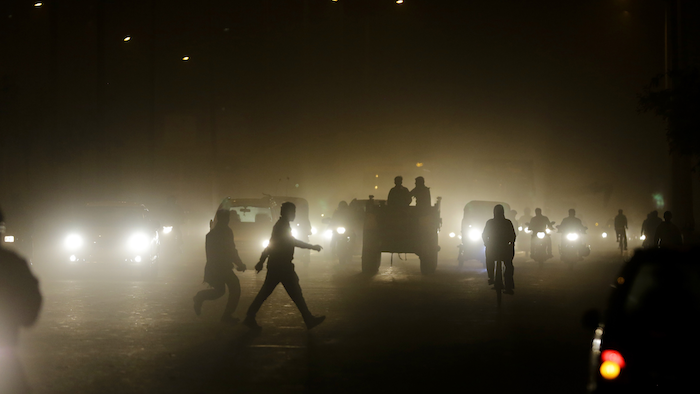 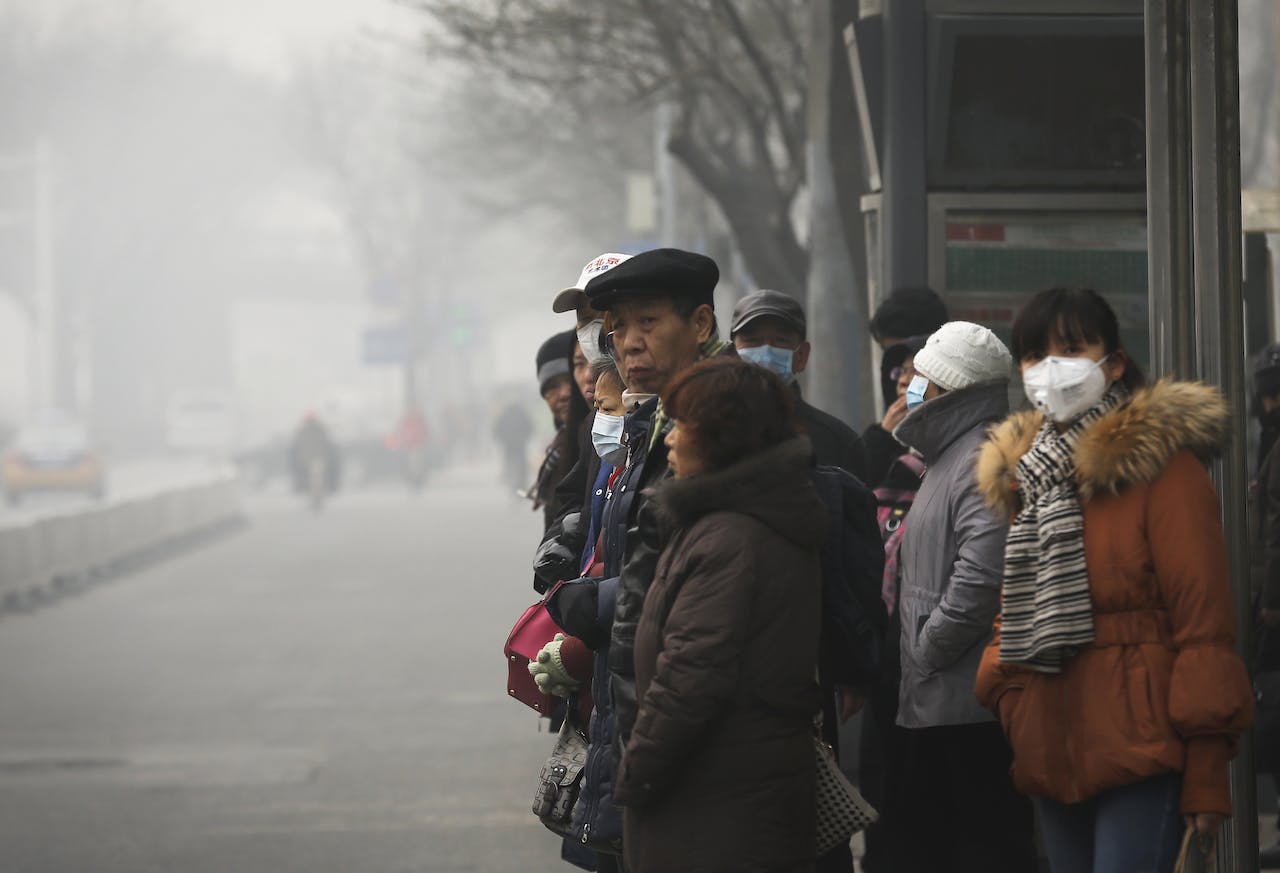 Commuters, some wearing masks to protect themselves from pollutants, wait at a bus stand on a heavily polluted day in Beijing. (AP Photo/Andy Wong)

When Beijing's air was forecast to reach hazardous levels for three straight days earlier in December, the government issued a smog red alert. The result: Half the city's cars were off the roads within hours, schools were closed and construction sites shut down. Less than three days later, pollution levels had dropped by 30 percent.

When New Delhi's winter air grew so bad that a high court warned that "it seems like we are living in a gas chamber," the city's top official declared that cars would be restricted starting Jan. 1, with odd and even license plates taking turns on the roads. But police officials quickly announced they hadn't been consulted, and said they'd have trouble enforcing the rule. Plus, no one could fully explain how the already overstretched public transit system could absorb millions of additional commuters overnight.

So, well, maybe the whole plan will be scrapped.

"If there are too many problems, it will be stopped," New Delhi Chief Minister Arvind Kejriwal said in a speech a couple days after his announcement. "We will not do anything which will cause inconvenience to the public."

Long famous for its toxic air, Beijing is struggling to lose that reputation, bowing to pressure from a growing middle class to keep pollution under control. Traffic is regularly restricted in the city, factories have been moved and the central government is anxious to ratchet down the country's use of coal-burning power plants.

And New Delhi, which by many measures now has far more polluted air than Beijing? So far, the environmental court — which has only quasi-legal powers — has ordered that no diesel cars be registered in the city for the next few weeks, and has discouraged the government from buying diesels for government fleets. Officials, meanwhile, have suggested everything from car-free days to planting more trees to dedicated bus lanes. 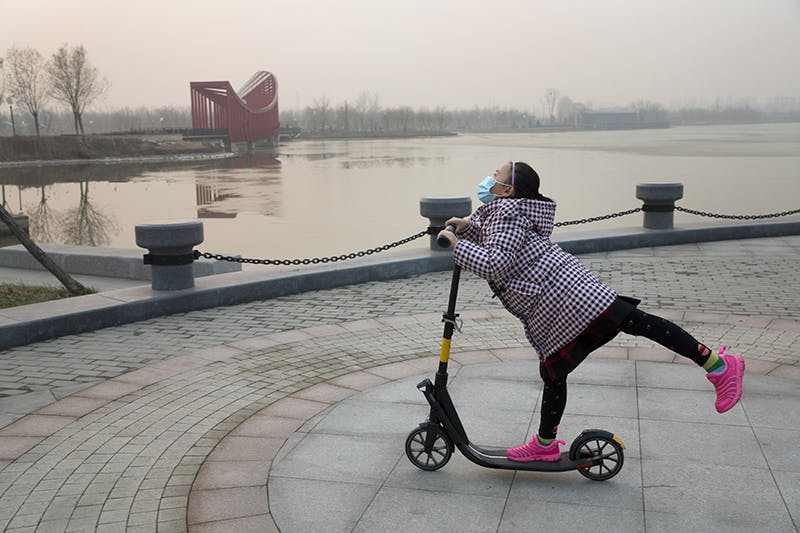 Residents in the Chinese capital have learned to change how they live because of poor air quality. (AP Photo/Ng Han Guan)

It amounts to little more than vague promises, and is resulting in increasingly angry headlines.

"As Delhi debates, Beijing declares war on pollution," the Times of India sneered on its front page last week, when Beijing announced the red alert.

"Delhi has started very late" in the fight against air pollution, said Vivek Chattopadhyaya, who studies air quality for the New Delhi-based Centre for Science and Environment. "Many people in Delhi are not even aware that what they see in the morning is not fog, it's smog," he said. "They don't realize what kind of pollutants they are breathing."

Only in the past couple of years has air pollution become an issue at all in India, except for a tiny circle of scientists and environmental activists. Desperate to grow its economy as quickly as possible, environmental concerns are still largely ignored until the impact makes life uncomfortable for the wealthy and the powerful.

In New Delhi, that time has come. In winter, when winds die down in northern India, a cloud of pollution now often clings to the capital. Blue skies are rarities. Respiratory illnesses have spiked, doctors say, and the stink makes it impossible to confuse pollution anymore with fog.

"It is not safe at all," said Ankur Jain, a 35-year-old father of two whose New Delhi neighborhood is regularly rated the most polluted in the city. A government employee, Jain is looking for work elsewhere, worried that pollution will cut short the lives of everyone in his family. 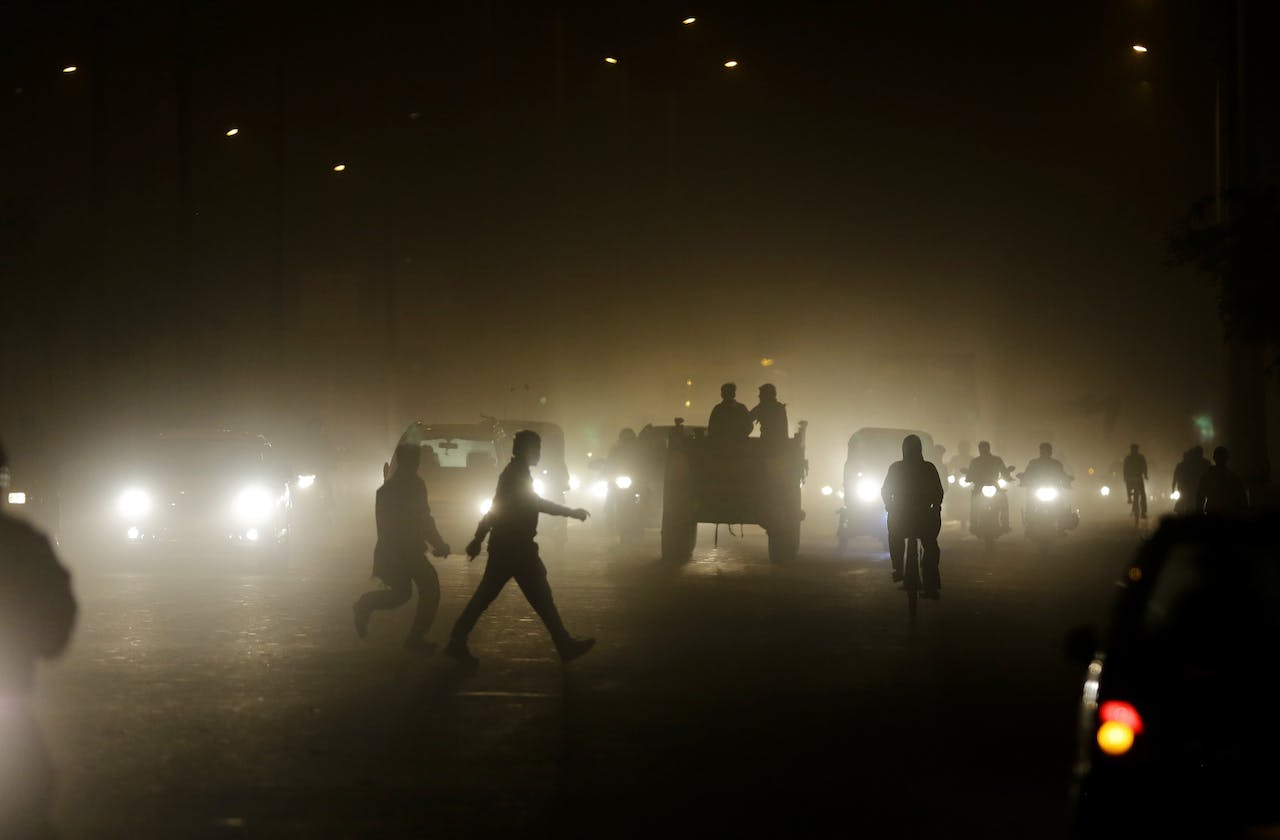 "In China, whenever you talk about PM2.5 (one of the most dangerous forms of airborne particulate matter), everybody knows what that is, it's pollution. But once you raise the same questions in Delhi, it seems like not many people care about that. And yet, the level of pollution in Delhi is more than five times" higher than in Beijing, said Yann Boquillod, a longtime Beijing resident who co-founded Air Visual, a startup that crunches pollution data and weather information to predict air quality.

"The population is going to demand higher standards for air quality," said Boquillod, who is French, adding that "we are not there yet for Delhi. Delhi has so few monitoring stations. They have a lot of work to be done in the near term."

Like New Delhi, Beijing long ignored its own pollution crisis. It only instituted a four-tier air-quality system in 2013, largely in response to increasing pressure from the country's growing middle class, and about the same time the government began posting reliable air quality numbers. Before that, officials were reluctant to even discuss the issue, and were furious when the U.S. Embassy in Beijing began independently posting its own air quality readings.

Fixing the problem, though, is complicated. The pollution in New Delhi comes from multiple sources across northern India — vehicles, factories in neighboring Uttar Pradesh and Haryana states, farmers burning their fields in Punjab, dirt blown in from the Rajasthan deserts. Officials from different states have already started fighting about where the responsibilities lie, and who will have to pay to clean things up.

In China, an authoritarian system makes policy changes much more straightforward than in India, where a chaotic and widely corrupt government makes it easier for polluters to avoid regulations. 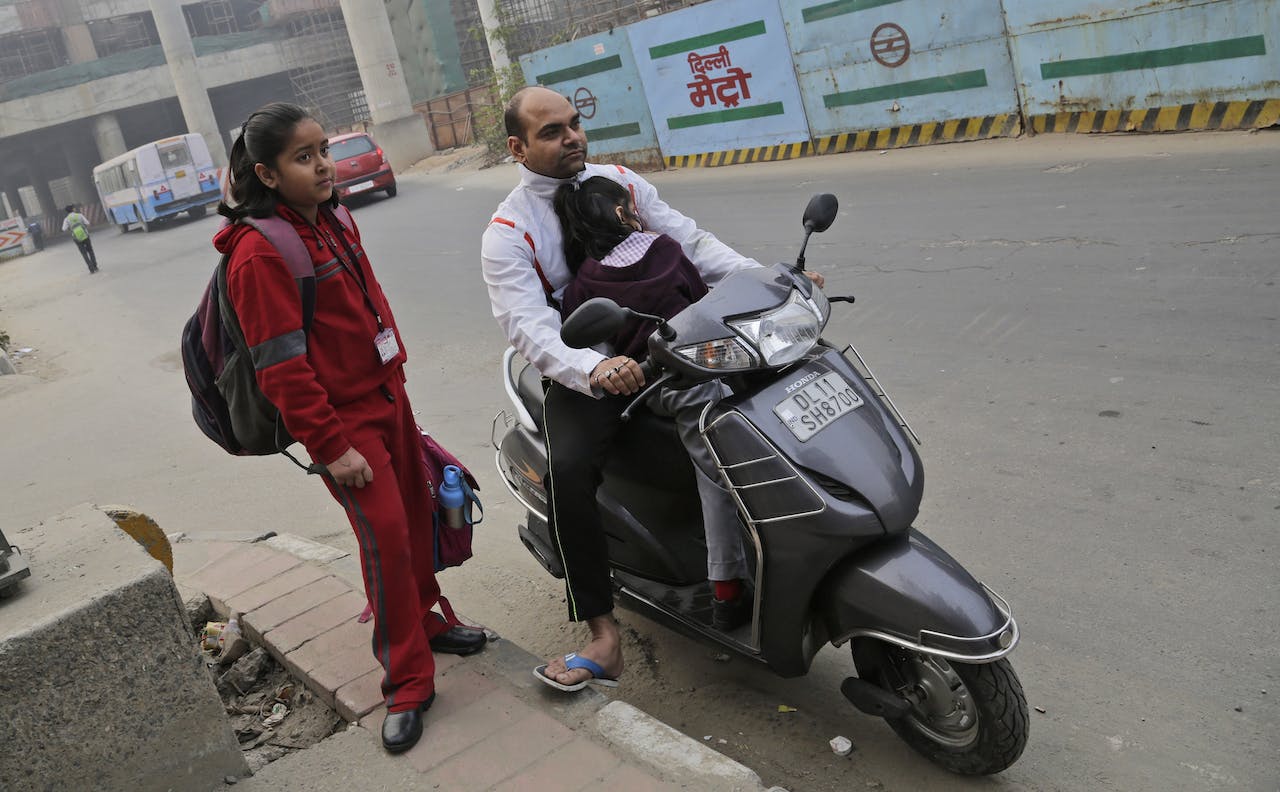 Ankur Jain, 35, a Delhi resident, and his daughters Aarna, 5, Navya, 10, wait for their school bus in New Delhi, India. Jain is worried that pollution will cut short the lives of everyone in his family. (AP Photo/Altaf Qadri)

"China has made a very serious and concerted effort to fight air pollution in the past few years," said Lauri Myllyvitra, Greenpeace's global campaigner on coal. She said Beijing's success came when it realized the problem had to be addressed regionally, not just in the city.

"Our greatest hope is that India will not waste a decade trying to address a regional problem locally ... but will move much faster to put in place regional action plans for cleaner energy sources and fuels, as well as meaningful emission standards and enforcement," she said.

In Beijing, families wrestle with a pessimism that comes from years of breathing dirty air, and hope that the problem is finally being addressed.

In some ways, they have learned to change how they live: They check their smartphones for air quality updates, they buy air purifiers, they wear masks, they avoid going outdoors when things get really bad.

"You could tell, just on the second day, you could feel that the air quality was improving," he said. "I think the future will be better, because the control in Beijing is getting more and more strict."