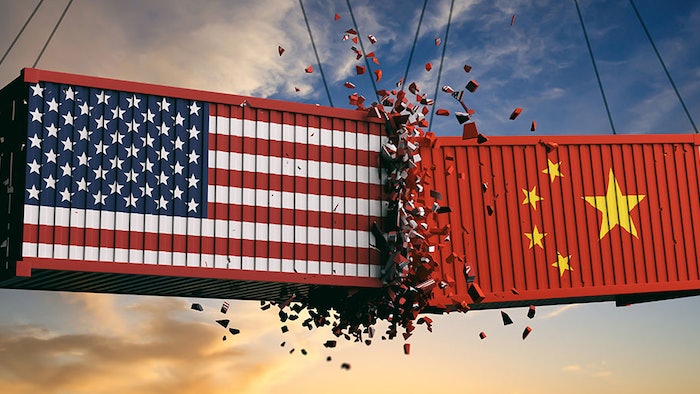 Tariffs have made a big comeback, taking us to a pre-WTO (World Trade Organization)—or even a pre-GATT (General Agreement on Tariffs and Trade)—era. While tariffs have been used as a source of revenue for as long as there has been trade between countries, trade organizations like the WTO and agreements helped to curb tariffs and other deleterious trade practices like dumping. In today’s world, using tariffs to negotiate trade policy and boost domestic industry betrays a lack of strategic thinking about where American industry should compete, what it will take to be successful, and what role government should play.

To understand the impact of imposing new tariffs I will outline what happens once a tariff has been applied—what decisions must be made by buyers and sellers in the affected value chain and how those will impact the value chain, and ultimately the consumer—using the imagined example of a foreign company that has been selling its product to a reseller in the U.S. for years. This Company is in a competitive market and has always priced its product such that the reseller can sell at a lower price than the domestic version. Suddenly, the U.S. imposes a 25 percent tariff to take effect in two months. The Company has several options at its disposal:

Buying forward. The Company and resellers can agree to purchase product at the present-day price, before tariffs take effect. For example, the customer may decide to order a year’s supply of product for delivery prior to the tariffs taking effect. This works as long as the market for the product is stable and the product does not have a limited shelf life. Of course, eventually the inventory must be replaced but the short-term savings and profits from this approach can be huge. It also affords the company and its customers time to figure out their strategy for the new tariff regime.

Reduce prices, or not. If alternatives to the product exist—a synthetic alternative to a raw material, for example—a reseller may look for another source of equal quality but at a lower price point. This can be a domestic alternative or an imported alternative from an exporting country not subject to tariffs. The Company may analyze if it can lower its selling price so that its prices post-tariff remain the same. With tariffs in the 25 percent range—as has been proposed by this administration—it is unlikely that any manufacturer can absorb such a drastic price reduction. Instead, they may opt to meet in the middle and share the tariff burden, or the reseller may decide to pass on the cost of the tariff to the end customer. The logic at play here is that if one reseller increases its prices, others will follow—and they almost always do.

Competitive reaction. With tariffs in place The Company’s prices may now match domestic prices for the same product, leading to a price increase by their resellers. Domestic suppliers, seeing this price increase, will likely raise their own prices to maintain their premium over the imported product. Why didn’t the domestic supplier lower their prices? It is likely that the foreign supplier was able to maintain its market share and the reseller simply passed the cost of tariffs on to the end user. This way the foreign supplier maintains its margins and domestic producers can increase their margins on their existing market share. The party that ends up suffering is the consumer, who has funded the tariff with their own money while the government gains incremental tariff revenue and domestic suppliers increase their profit margins.

Same company, different country. The Company, based in China for example, may have a subsidiary in Vietnam. If feasible The Company can transfer some or all production from China to Vietnam, thus avoiding the tariff completely. The Company makes roughly the same profit but now in another location, and business carries on as normal.

Multi-step production. Similarly, The Company could move the last step of production to a non-tariff country. The key here is being able to legitimately claim a product is produced in this new third country, such that its Harmonized System (HS) Code—a global classification system for goods that determines their tariff treatment—undergoes a change. For example, a beverage company simply bottling their product in another country likely will not qualify. However, taking an unusable—or raw—product, such as a concentrated syrup, and rendering it comestible by adding water and then bottling it will result in a shift in the HS code. In this way, tariffs are avoided with minimal adjustments to the supply chain.

Exit the U.S. market. The Company may decide to sell its product elsewhere altogether. If it does exit the U.S. market, resellers will need to find a new supplier. This will almost certainly result in a higher cost base that will necessitate an increase in prices, which everyone else will follow.

Reciprocal tariffs against U.S. producers will not necessarily lead to the same outcomes. Over the past 30 years China has transformed into America’s factory, so much of what is sold in the U.S.—even by American companies—has been manufactured in whole, or in part, in China. Imports from American companies into China, on the other hand, tend to be either luxury or specialty goods, or commodities such as agricultural products. China has responded to American tariffs by focusing its reciprocal tariffs on both these products. But luxury/specialty goods, such as smart phones, motorcycles, and designer brands, all have competing alternatives produced in places, like Europe, not subject to these reciprocal tariffs. American manufacturers, especially publicly traded ones, will be reluctant to lower prices to compete, allowing the European suppliers of luxury goods to maintain their prices and continue to promote and sell their already successful products to the Chinese market. While these other brands can continue to grow their customer base and customer loyalty, the image of American brands will be tarnished as American Bourbon gets replaced by Scotch, Ralph Lauren by Lacoste, and Apple smartphones by Samsung.

With agricultural commodities the story is quite different. The U.S. is the largest producer of soybeans globally. A sudden increase in tariffs on American soybeans in the middle of the growing season will leave producers with a difficult choice—sell at a loss by reducing the price or risk destroying the crop. Competitors in other soybean producing nations, like Brazil, can divert their soybeans to China at short notice and at a higher price and still be cheaper than American soybeans with tariffs. Chinese consumers may see a small price increase in soybeans and soy-based products, but the impact on Chinese consumers will be miniscule compared to the impact on America’s farmers. Cue the scramble to provide subsidies to farmers.

U.S. companies will suffer as luxury goods are replaced by foreign producers and markets for American agricultural commodities are lost to competitors. All of this illustrates that it is the American taxpayer who ends up paying for tariffs, on imported goods and reciprocal tariffs on non-exported goods. Meanwhile foreign businesses have at their disposal a wide array of strategies to avoid or minimize the impact of U.S. tariffs. I have spent several decades in international business and seen these strategies play out first-hand. WTO rules and trade agreements have made the international trade calculus much simpler while globalization has made international trade and business far more intertwined and interdependent. Because of this, tariffs will not help boost American industry, it will just make the American taxpayer the biggest loser.