While some augmented reality applications for manufacturing are still in their infancy, many offer tremendous benefits right now. 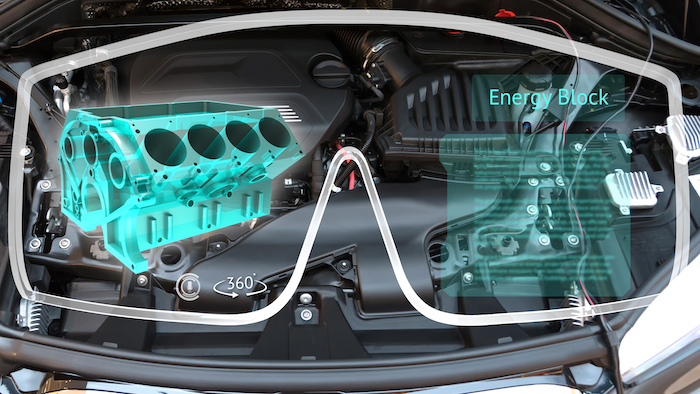 More than two centuries ago, German philosopher Immanual Kant described virtual reality as an existence within our minds, rather than the physical world. Today, virtual reality is an established technology that has been deployed in various industries, including gaming, marketing and manufacturing. But, what about augmented reality?

Augmented reality describes a digital enhancement to the external world. A good example of this would be Nintendo’s Pokémon Go app, which overlays images of characters onto the real world, through the user’s mobile phone screen. There are several popular examples of successful augmented reality. However, many of these have been for gaming or novelty applications.

In the manufacturing realm, most applications for augmented reality are still in their infancy, but they do have great potential. The beauty of augmented reality is the ability to present much more than digital characters or images. Using the technology, you can also overlay instructions, statistics and information. For an example, looking at a piece of equipment through an augmented reality device could overlay important data related to it, such as its current performance, output and temperature.

Microsoft’s HoloLens mixed reality headset, a combination of augmented and virtual reality technology, has already been deployed in some manufacturing facilities for this reason. However, some of the most beneficial areas of its use is to help solve problems related to maintenance.

Let’s say a piece of manufacturing equipment is broken. Using a mixed reality headset, a technician could simultaneously examine the physical parts of the machine, while also viewing text, instructions and images to help them to fix the problem. For example, the information that technicians need when checking or repairing an industrial motor can be projected directly on the part they are operating on. This eliminates the need to consult charts and instruction manuals, speeding up the process. Moreover, the information projected guides the operator chronologically, so that even a relatively unexperienced worker can perform the necessary repair.

This is particularly advantageous for complicated pieces of equipment or facilities with few experienced personnel. In these instances, augmented reality can be used to deliver expert support remotely from the original equipment manufacturer (OEM), without needing to fly specialists from one side of the globe to the other.

Industrial robots provide a good example of this flexibility. Let’s imagine a six-axis robot has malfunctioned, but there are no employees with the expertise to fix it on site. Using a headset for remote maintenance would allow any employee with an augmented reality device to be guided by a specialist. For instance, the robot manufacturer based in Japan.

The expert will then provide support by simulating the actions the employee should perform. This technique can also be used to train new employees — a valuable tool considering engineering’s current skills shortage.

In fact, training new employees is one of the most valuable areas for augmented reality in manufacturing. One of the biggest challenges on onboarding a new member of staff is ensuring that the employee is aware of the correct protocols and procedures. Uncertainties can lead to safety issues, particularly in processing industries with dangerous operations.

In this instance, a mixed reality headset may not be appropriate because these are usually designed like virtual reality headsets and can therefore be obstructive and distracting. A smaller device, such as a tablet, mobile phone or pair of digitally enhanced glasses, would be ideal.

Let’s say a new starter has been put to work to operate a piece of processing equipment, such as a furnace, that they have never used before. Using augmented reality technology, the device could automatically provide machine data to help them to complete the task correctly and safely. For example, delivering alerts if the machine is outside of the specified temperature range.

Jaguar Land Rover has already demonstrated the potential of augmented reality for training purposes, in a joint project with Bosch and its REFLEKT ONE software system. The project developed an application that digitally visualized an ‘X-ray’ onto the dashboard of some of its vehicles. Using the technology, the app allowed technicians to see everything in operation behind the vehicle’s paneling. This removed the need to remove and reinstall the dashboard, simplifying training and saving on costs.

It has been two centuries since the potential of augmented and virtual realities were envisioned. However, it is only recently that the technology is coming to fruition for manufacturing. While it’s applications in industry may not be as novel as catching Pokémon, the technology is set to make a significant impact to training and maintenance.

May 20th, 2022
More in Business Intelligence