The plant was one of the oldest in the U.S. when it shut down. 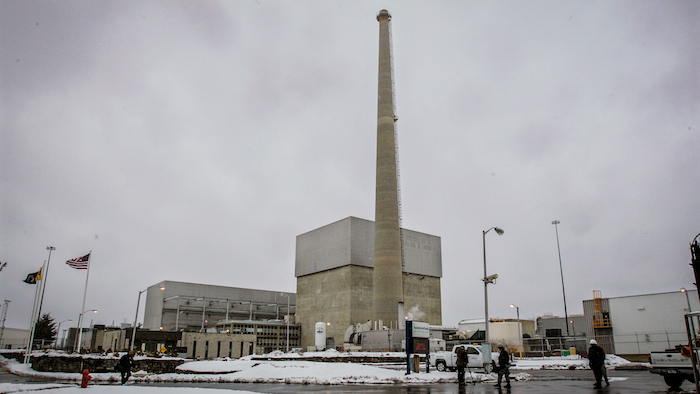 LACEY TOWNSHIP, N.J. (AP) — For the second time in as many months, the U.S. Nuclear Regulatory Commission has fined the owners of a former New Jersey nuclear power plant for security-related violations.

The fine involved a company employee working as an armorer at the plant.

In an investigation that concluded in March 2021, the NRC determined the armorer “deliberately failed to properly perform required annual material-condition inspections of response unit rifles, and falsified related records.”

The plant has several fortified bunkers from which armed security staff can fight off attackers.

The NRC said the violation was the work of “a now-former security superintendent.”

The fine is separate from a $150,000 penalty the NRC imposed on Holtec in December for different security-related violations that neither the NRC nor the company would detail, citing the sensitivity of the matter.

Asked for comment by The Associated Press on Wednesday, Holtec issued the same statement it issued in December for the previous fine.

“Protecting the security and safety of the public is the number one priority of Holtec International at all our facilities,” both statements read. "We have taken steps to address the concerns and overall security performance at Oyster Creek and shared those learnings with our fleet to prevent a reoccurrence.

“The NRC has determined that the overall security program at the plant remains effective,” it read. “We take these issues very seriously and reviewed and acted on the NRC’s violation findings.”

Company spokesperson Joe Delmar said Holtec could not comment beyond its statement.

Corrective actions agreed to by Holtec include making the corporate security director a standalone position; the use of external experts to conduct independent assessments of security at Oyster Creek and other Holtec-owned decommissioning nuclear power plants; and the implementation of training and communications related to the issue, the NRC said.

Jeff Tittel, the retired president of the Sierra Club's New Jersey chapter, faulted the agency for failing to impose a more severe penalty.

“NRC really stands for ‘no real consequences,’” he said. “NRC is supposed to be the cop on the beat, and when you catch someone doing violations that could lead to catastrophic consequences and you let them off with a slap on the wrist, it sends the message that you can continue to break the rules almost with impunity.”