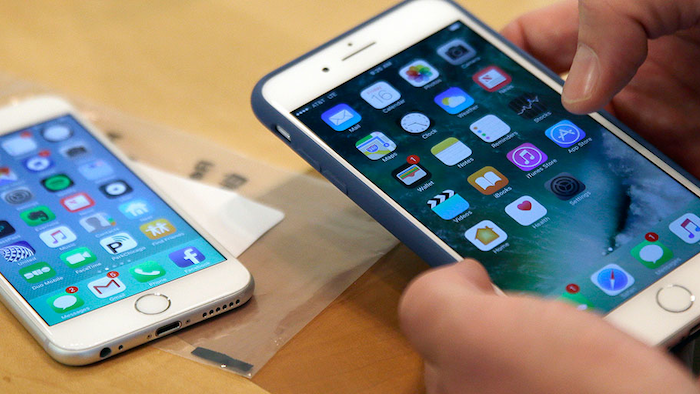 Security experts say the exploits are plausible, but suggest they pose little threat to typical users. They say that many of the tricks are older — the iPhone hack involves the 3G model from 2008, for instance. The techniques also typically require physical access to devices, something the CIA would use only for targeted individuals, not a broader population.

"The most notable part of this latest WikiLeaks release is that it shows the CIA doing exactly what we pay them to — exploit specific targets with limited attacks to support our national interests," said Rich Mogull, CEO of the security research firm Securosis.

Apple didn't respond to a request for comment. The CIA has not commented on the authenticity of this and earlier WikiLeaks revelations, but has previously said it complies with a legal prohibition against electronic surveillance "targeting individuals here at home, including our fellow Americans." The agency declined further comment Thursday.

The leaks Thursday come about two weeks after WikiLeaks published thousands of alleged CIA documents describing hacking tools it said the government employed to break into computers, mobile phones and even smart TVs from companies like Apple, Google, Microsoft and Samsung.

The latest disclosures are much more focused and consist of just 12 documents, all involving Apple products. The documents describe techniques for rewriting devices' firmware in ways that would maintain a hacker's access even if a user resets a phone or computer to factory settings. Doing so wipes out all apps and the operating system and installs a clean version; it is an extreme measure sometimes used to deal with technical problems, but is also the sort of step that someone suspicious of surveillance might take when getting a brand new phone.

A December 2008 document describes "NightSkies," a tool apparently designed to target the iPhone 3G; the document claims it can retrieve files such as contact lists and call logs and execute other commands. WikiLeaks suggested in a press release that the "CIA has been infecting the iPhone supply chain of its targets since at least 2008."

However, the document describes only how to install the malware on a "factory fresh" version of the 3G — specifically, the iPhone 3G running the 2.1 version of Apple's operating system, both of which are now nine years old.

But infecting all phones somewhere in the manufacturing process would be extremely difficult, said Mogull, especially given multiple layers of inspections conducted by Apple and its contractors. At most, he said, the CIA might have shipped a rogue phone individually to a target.

And while it's possible that the CIA developed similar techniques for later iPhone models, Mogull said iPhones from the past few years have much greater security, including digital security certificates that cannot be overwritten. A flag would be raised during the setup process if certificates do not match.

Johannes Ullrich, director of the Internet Storm Center at the SANS Institute, said NightSkies might not even be a current project given that the document was last updated in 2008, while the leaks appear to have come in 2016.

Other documents released describe similar exploits for Mac computers. One hides in the firmware of Apple's Thunderbolt-to-Ethernet adapter and requires someone to plug in that adapter to install the malware. Another targets a specific Mac model, the MacBook Air with the Leopard version of the Mac OS system — current at the time, but now seven generations old.

Ullrich said the Mac exploits all appear old. He added that some of the Thunderbolt issues have been fixed to make the hack more difficult to pull off.

The Pentagon says putting the technology in firearms is a “significant” security risk.
Sep 30th, 2021

The company's lab chief testified that he was besieged by complaints from doctors about inaccurate tests.
Sep 29th, 2021

These weapons could be more destabilizing than nukes.
Sep 29th, 2021

The tribe sued the three companies, alleging they contributed to “an epidemic of prescription opioid abuse" within the tribe.
Sep 29th, 2021

Trillions in Infrastructure Spending Could Mean Hundreds of Billions in Fraud

The blowout led to the largest-known release of methane in U.S. history.
Sep 28th, 2021

The Pentagon says its energy needs are only going to increase.
Sep 27th, 2021 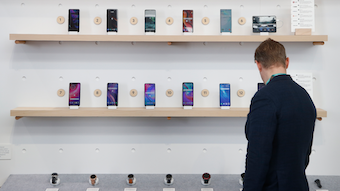